UFO-THIRD-ESTATE -- what does it mean -- The THIRD ESTATE means the EVERYMAN level of society. The FIRST ESTATE = THE CLERGY --- The SECOND ESTATE = THE ARISTOCRACY -- The FOURTH ESTATE = THE PRESS OR MEDIA. The UFO-CONVENTION at Lander's California's Giant Rock aimed for the THIRD ESTATE --- anybody could attend these conventions --- it was a everyman type of event -- come one oo come all...  These UFO-THIRD-ESTATE- conventions were the first of their kind as in having public discourse concerning UFO happening along with guest speakers who were titans of that era concerning the UFO phenomena.   The UFO CONVENTION in the Lander's California desert were epic in strangeness.  As odd as these gatherings were or was, there was a lot of good info passed on at these shindigs. Below are photos and data from these WOODSTOCK-ESQUE paranormal meetings.... These out in the wilds, no air conditioning, no heater, rough it, desert get togethers  -- spanned 3 decades. Sadly this event is no more and what a marvel it was.

Below, a short article on how the man who ran the UFO-CONVENTION a.k.a. UFO-THIRD-ESTATE (CLAMBAKE) was first contacted by aliens. 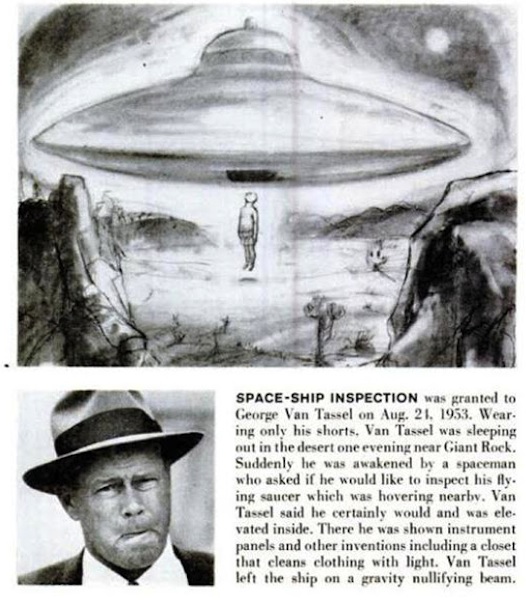 The articles concerning the UFO-CONVENTION, mainly dealt with people who had beyond bizarre stories. It seems the media was  trying to discredit the idea that there was legitimate UFO sightings and contact by way of publishing outlandish yarns. Tall tales were taken from some people who were at this UFO-CONVENTION and put into the main stream news outlets.  The idea by way of the authorities (OPERATION-BLUE-BOOK and MOCKINGBIRD type clandestine BLACK OPS) was to discredit UFO reporting or intimidate the curious by way of being associated with some of the outlandish stories and the few disturbed people that attended the convention. 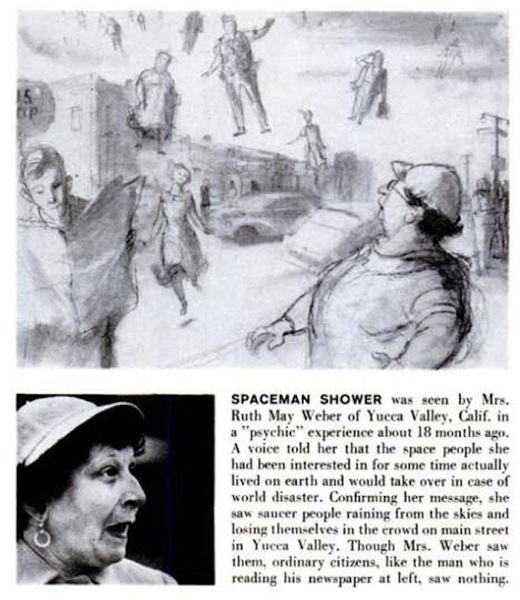 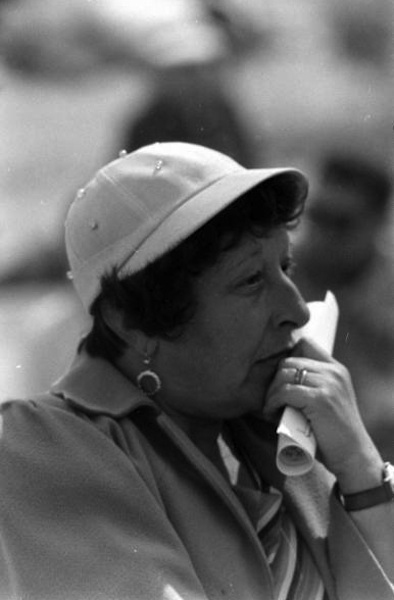 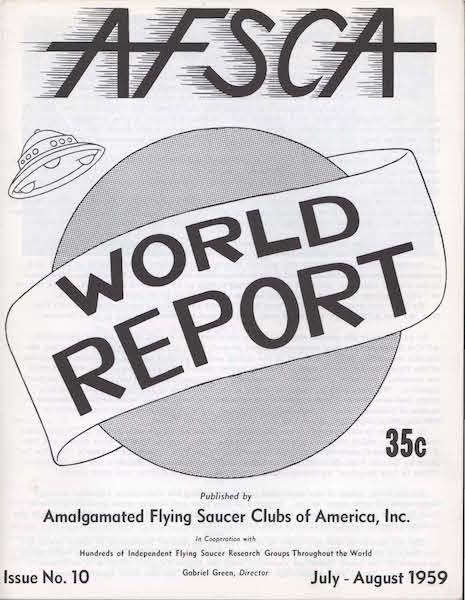 THE UFO-CONVENTION AT THE GIANT ROCK WERE FUN HAPPENINGS --- CONDITIONS WERE PRIMITIVE, BUT ROUGHING IT -- ADDED FLAVOR TO THE SHINDIG. 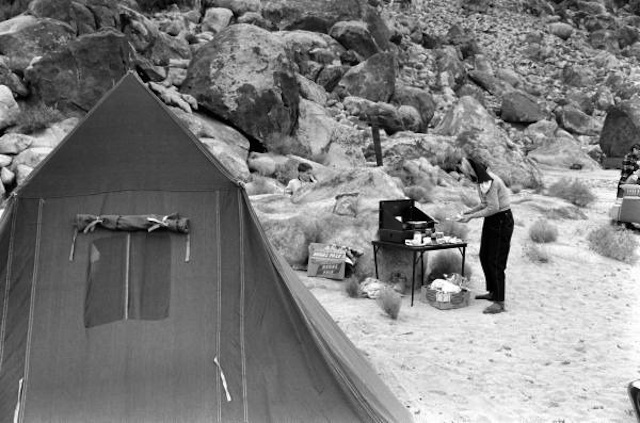 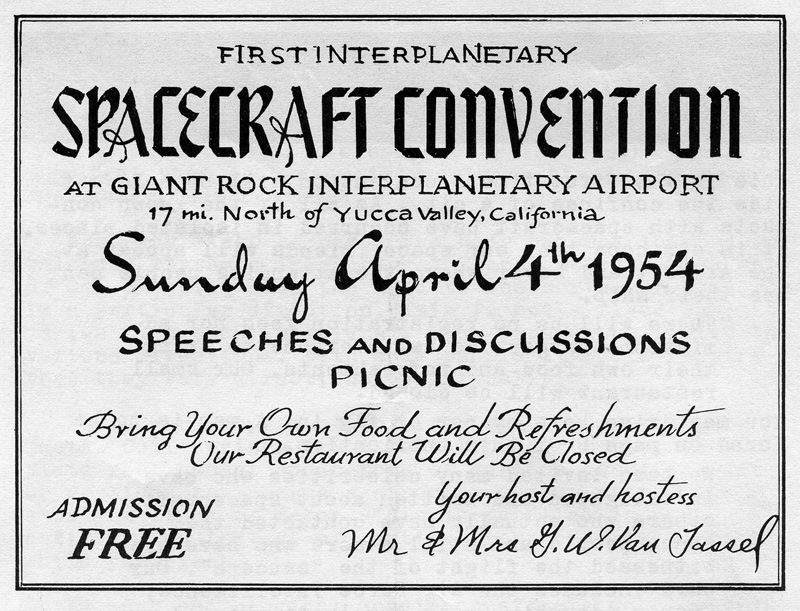 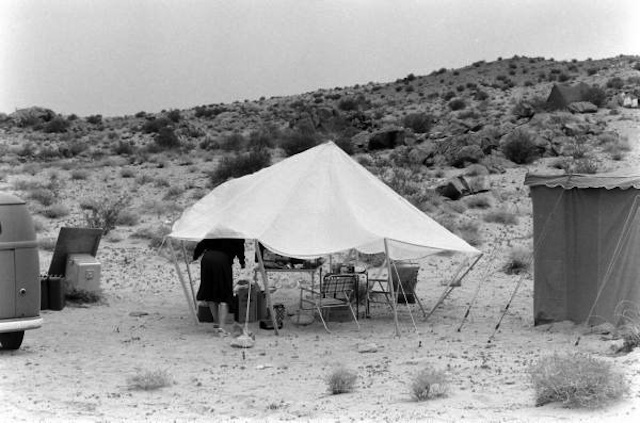 Below - this UFO-CONVENTION PHOTO is from early 1970s, because of what looks like a COORS truck on the right.  If I remember correctly, COORS did not  expand its operation into California until 1971. Then again, maybe it is not a COORS truck and the photo is circa  mid-late 1960s due to the van & trailer's body shapes. 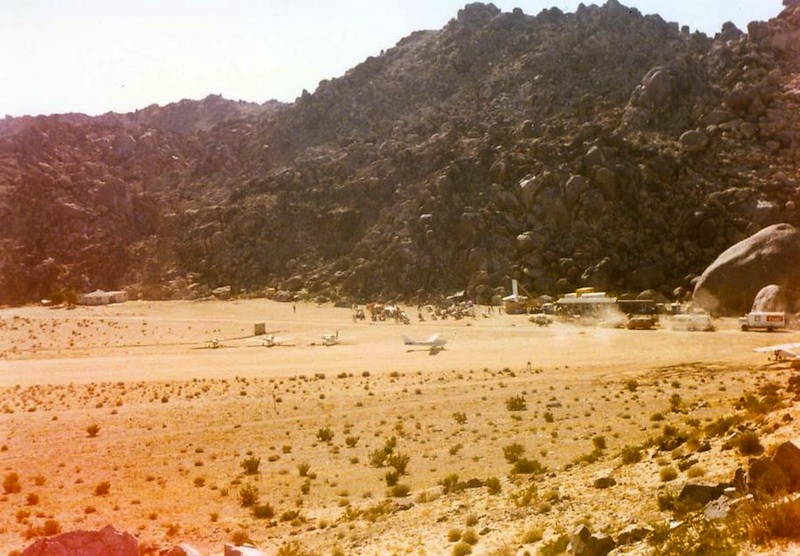 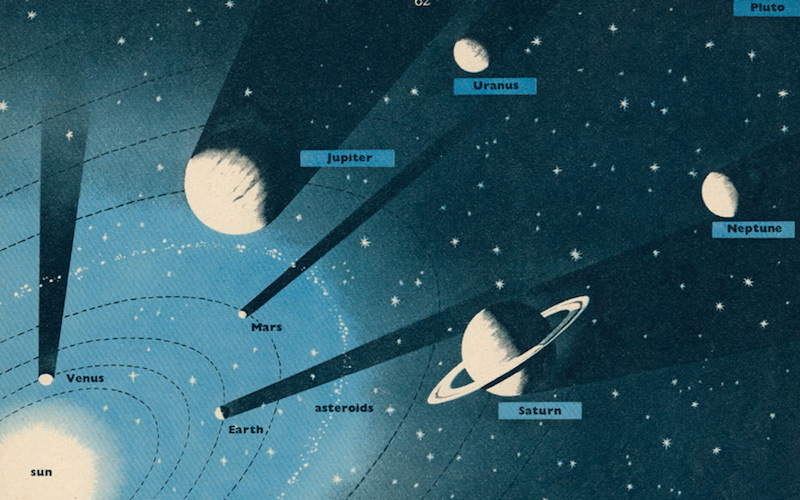 There are different theories about aliens of today vs. the 1950s. One theory is that today's E.T.s are vile creatures or demonic beings, possibly Luciferain dimensional energies that want to rule this world.  They have their Quislings in power , be it governments, banks, or major industries. These servants are doing everything in their power  to destroy the fabric of society.  So that the take over will be that much easier. As for the 1950s men from outer space, they were not evil minded as compared to today's aliens from parts unknown. Another words, the E'T's of the past, were not here to destroy humanity, or most of them were not.

While today's  visitors, are bent on dominating the world by way of their puppets or captians, who want to be Gods on this earth. having power and  being immortal by way of a new life form -- man and machine cocombined together -- a cyborg.  Klaus Schwab, Huval Harare, Bill Gates, Obama, John Kerry,  Joe Biden, Bush I, Bush II, etc., by way of their words and action are honchos for  the new world order.  These are the Great Reset people, the reset means in the future 7.5  to 5.0 billion people will cease to exists.

Are they terra forming the Earth for themselves and there offspring or for beings from another planet or dimension?

PECOS TRIANGLE DOCUMENTARY PAGE -- THE VANISHED -- PEOPLE WHO MET THEIR FATE -- WHAT DID THEM IN?  ALIENS?

TO GET BACK TO THE ENTRY PAGE- UFO CONVENTION, LANDERS CALIFORNIA--CLICK HERE!