VAN TASSEL has been described as being a genius, a fraud, a contactee, amongst other things.  One thing is for sure, if it was not for him, the GIANT ROCK SPACECRAFT CONVENTION would never have happened.  Below are the meetings through the decades.

In some ways the above video is rather sad, all that is left at the Giant Rock is a concrete slab and the boulder is now broken. Kind of like USA's culture, it is time things got righted, with the country's leadership and the nation's ethos.

At one time this location was filled with hopeful people who wanted knowledge and for the most part were full of goodwill.  Yes there were charlatans in the masses, but the energy of the groups that met here was dynamic.

It is time to recapture that mind set of go out and learn, seek out and gain knowledge.  The last time  the USA visited the MOON was 1972!  Or some say, officially that was the last time.

Americans have got to start asking questions and demanding answers, and stop being the SHEEPLE.

You know what happens to lost sheep, the BIG BAD WOLF get them.

The BIG BAD WOLF is the main stream media, government administrations of the past and school curriculum.  Time to recapture the the energy of the past, that energy was filled with curiosity.

Reject the dumbing down of America by the Orwellian BANKSTER power brokers that set the agendas of culture and directions of thought in the USA.

At least these people of so many decades ago that gathered at the GIANT ROCK were curious!

BELOW: IS SOMETHING VERY DIFFERENT  & IT IS  RELATED TO "THE GIANT ROCK" AS IN VAN TASSEL AND HIS IDEAS  +  ODD ENDEAVORS. 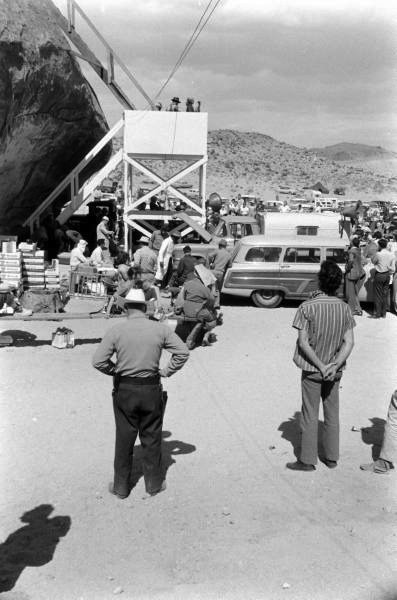 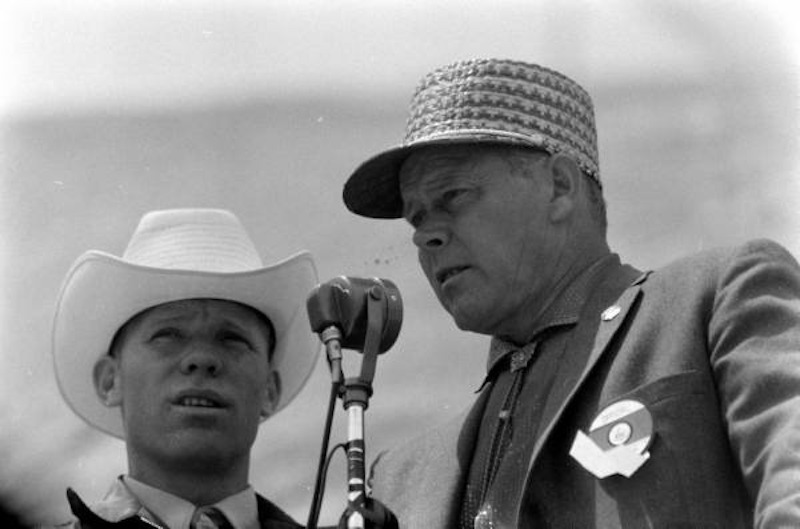 With open minds and a lot of goodness the SEEKERS came to the THE GIANT ROCK SPACECRAFT CONVENTION. Unfortunately the vast majority of knowledge and goodwill that was present at these shindigs was immediately stymied by the mainstream media and con artists.  The lesson of this, the mainstream media for the most part is rather ORELLIAN, it does its best to turn modern Americans into sheeple, by making creative thinkers look like fools. 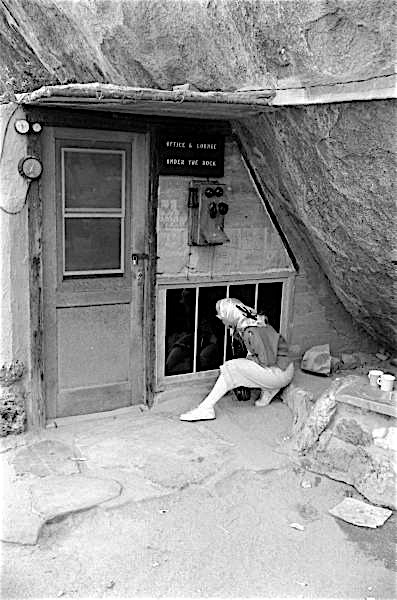 Sadly the Giant Rock is no more, the above photo is what one area looked like.  The phone to ANOTHER PLANET, who knows? (WINK-WINK) Or the phone to another interesting place the MOJAVE PHONE BOOTH. Below a book that is hard to get, most of VAN TASSEL's works are out of print. 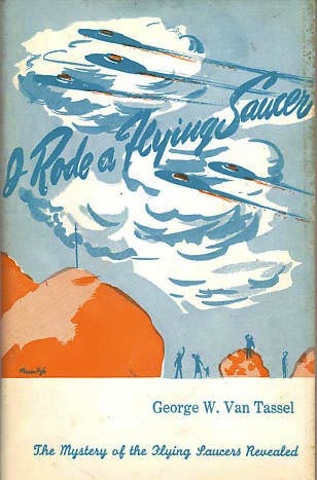