GHOST-ATTACK-SANTA-FE  --- This page = places where Ghost or energies have drained Cameras + Contact paranormal Style was made. Schedule a tour with Allan Pacheco 505-986-5002 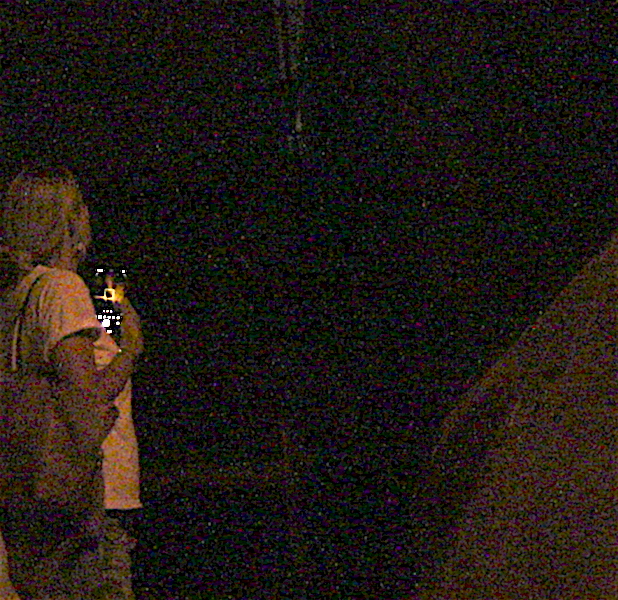 GHOST-ATTACK-SANTA-FE --- Above and below not an attack but something was there -- below the dowsing rods  registered something. 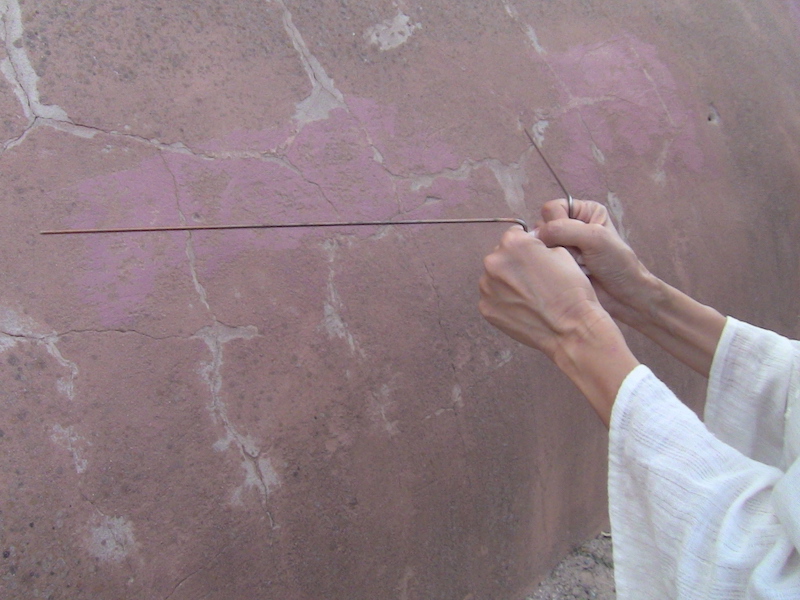 BELOW --- --Photo taken right after a lady was pushed while on tour. No human pushed her -- something not seen pushed a lady in this group --- in this area below -- people at times have sensed a presence -- not of this world. On rare occasions === a person is pushed or there camera or ghost gadget batteries are drained -- or there devices while in this tract -- do not function. 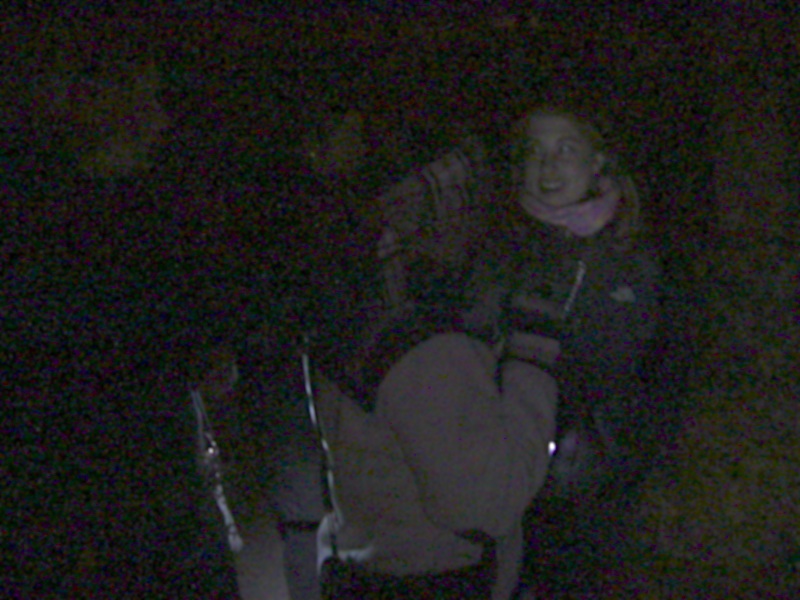 GHOST-ATTACK-SANTA-FE     ---  BELOW LEFT/ On a paranormal investigation led by author and ghoster Allan Pacheco, an energy is encountered inside a haunted graveyard; the end result, a camera is fried by an unworldly entity. BELOW RIGHT/  Snippets of a docu investigation at Santa Fe's LA POSADA -- CONTACT DELUXE!

Ghost presence, it does "SOMETIMES" happen on Allan's tours. Below- daytime tour, the lady with the surprised look was asking about the ghost of Julia Staab, we were on our way to the haunted Staab Mansion (LA POSADA). As she asked a car alarm went off next to her. Coincidence, Ghost presence, or did she accidentally invoke Juia's ghost. This photo was taken seconds after the car, alarm went off. 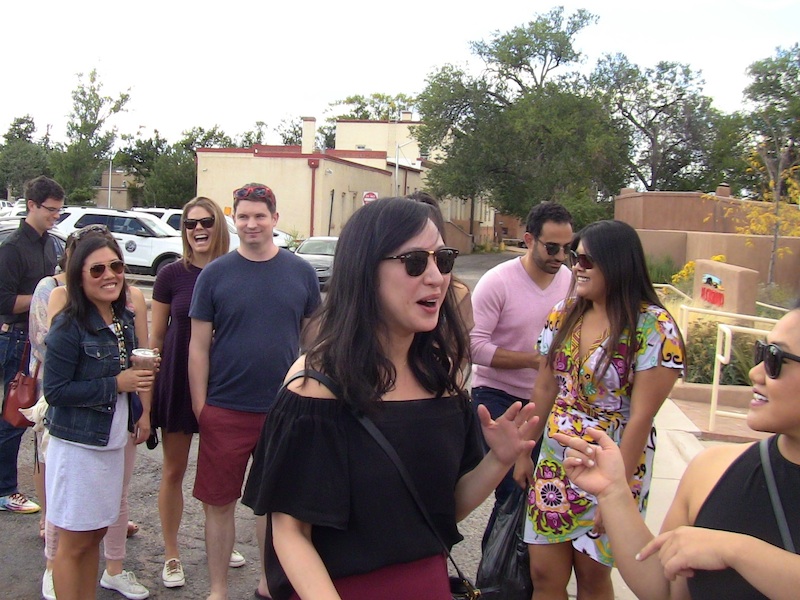 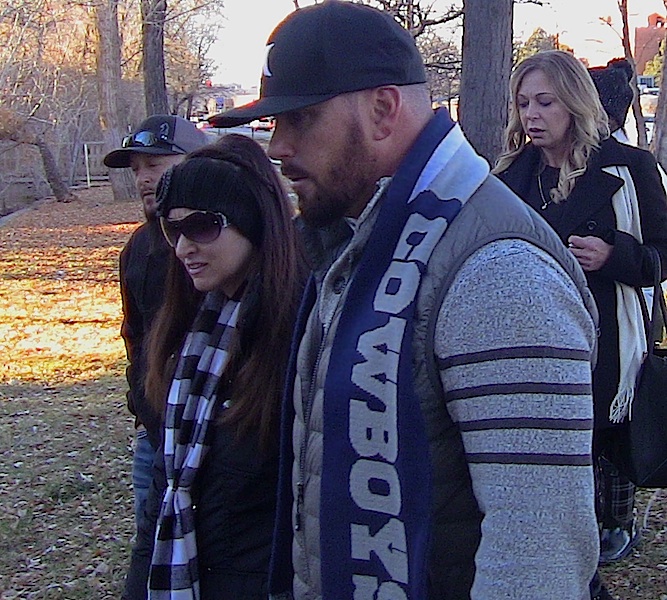 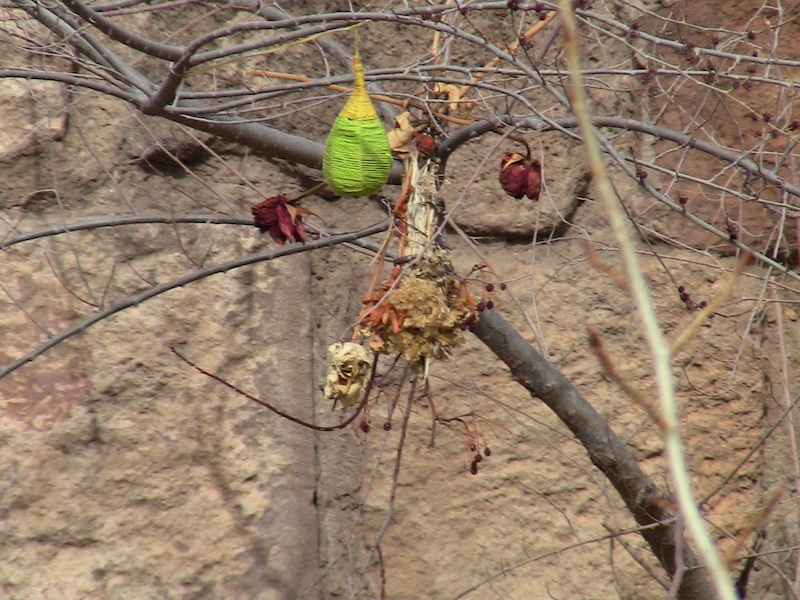 A ONE GHOST BAG --- AND THE WILTED FLOWERS FOR --- THE WICKED WITCH? 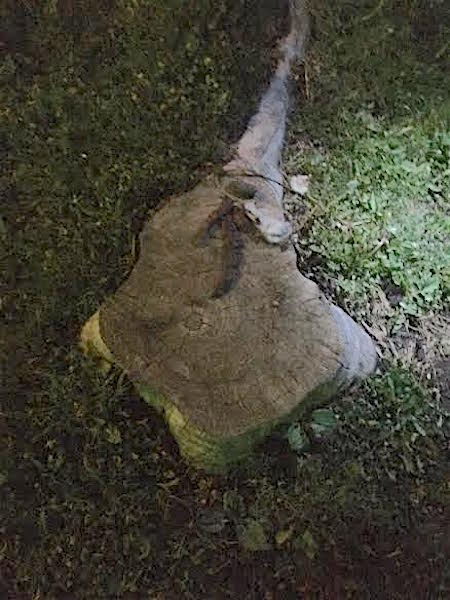 AN ARROW POINTING -- to an area that through the centuries has been --- linked to all kinds of tragedy -- deaths -- (MURDER) and paranormal activity. GHOST-ATTACK-SANTA-FE  when you tour with ALLAN 505-986-5002 -- sometimes it is a 0 --- other times -- all kinds of things are stumbled onto -- and sometimes -- forces are encountered. WHEN YOU TOUR WITH ALLAN --- NO WORRIES HE HAS DOWNED HIS ELIXOR AND HAS A FEW TRICKS -- TALISMANS TO BE THROWN-- THAT WARD OFF THE GOONS! WINK-WINK! 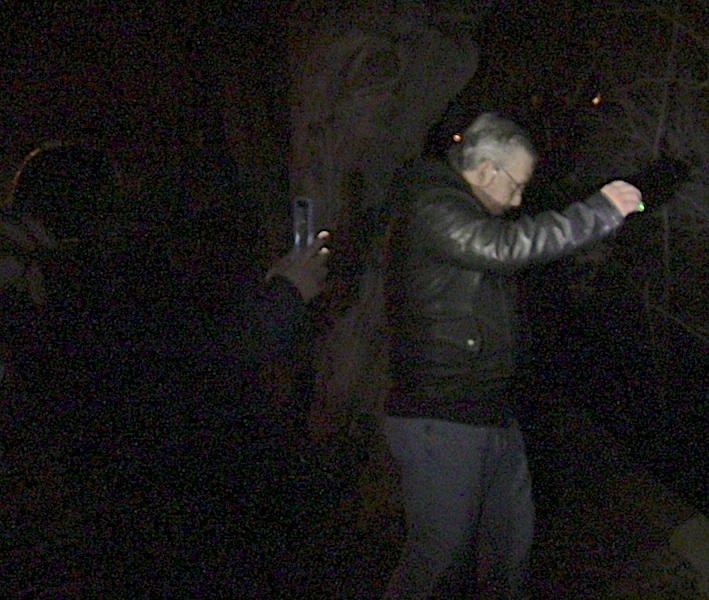 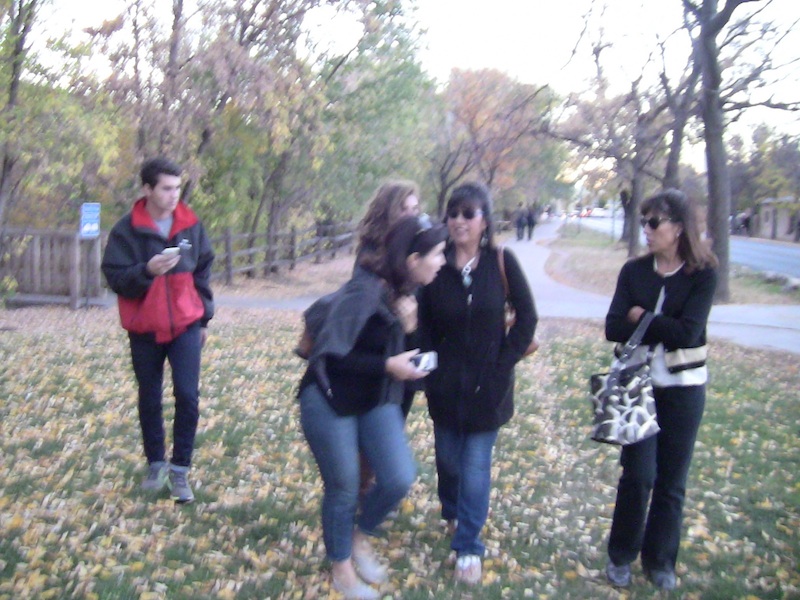 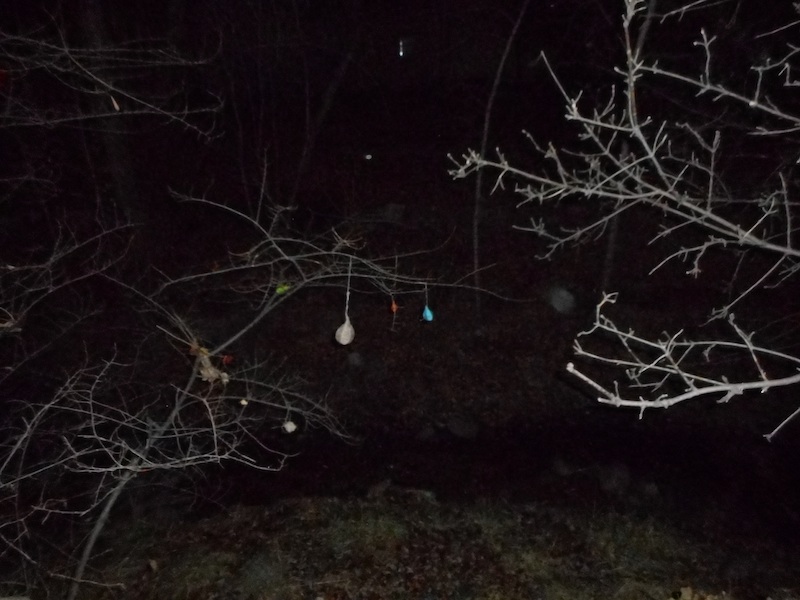 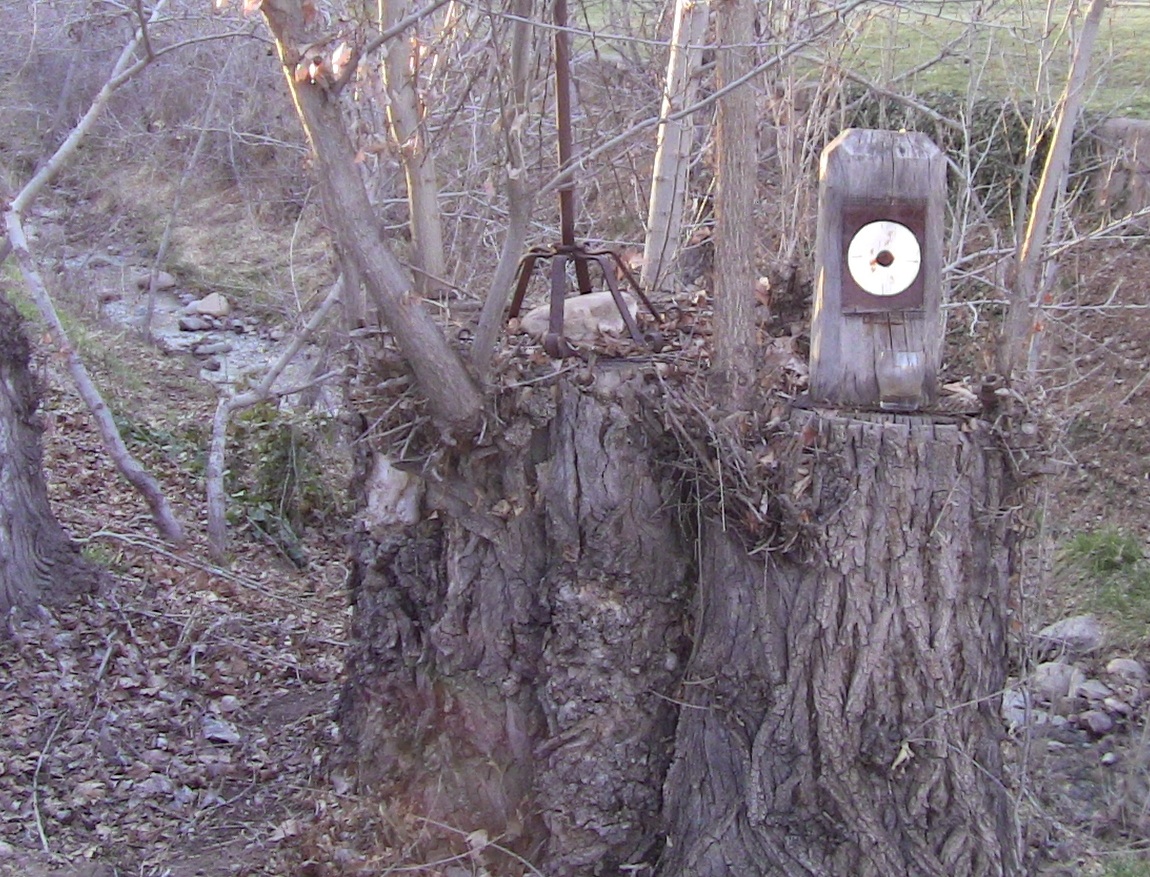 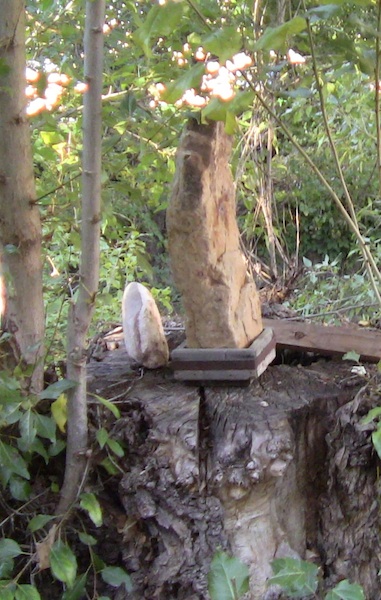 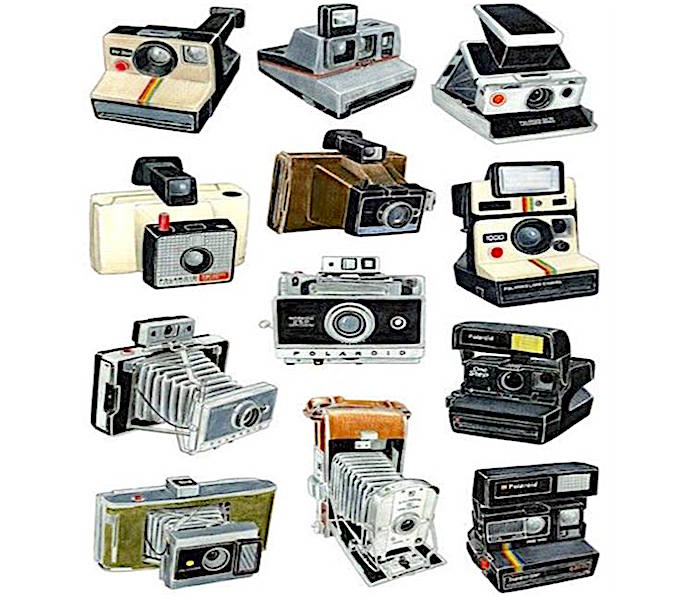 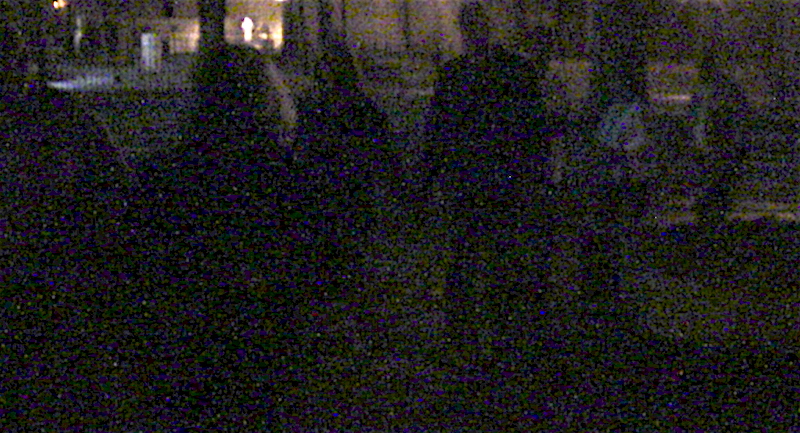