GIANT-ROCK-UFO-CONTACT = According to George Van Tassel was what led to the UFO shindigs that were held at this LANDERS, CALIFORNIA location.

GIANT-ROCK-UFO-CONTACT   THE HISTORY -- On the night of August 24, 1953 at the GIANT ROCK, contact was made or so claims George Van Tassel.  A Venusian from a scout ship, talked to Van Tassell at length about energy and other mysteries. From this alien meeting, Van Tassel decided to start hosting yearly UFO conventions at his desert airfield, which was located in Landers, California.

At first the GIANT-ROCK-UFO-CONTACT conventions or THE GIANT ROCK SPACECRAFT CONVENTIONS were very primitive affairs.  Speakers at ground level with a microphone would address the crowd.  Then a tower was built with a speaker, then more speakers were added to the tower. Finally a roof top for shade was built atop the tower. Out in the middle of the Mojave at the Giant Rock which at one time was 30 miles from the nearest paved road, this odd UFO convention was held.

Below right: I have no idea what happened on NOV 7, be it the incident or the year, or the man wearing teh sign.  If anybody does have info, let me know santafewriter@me.com 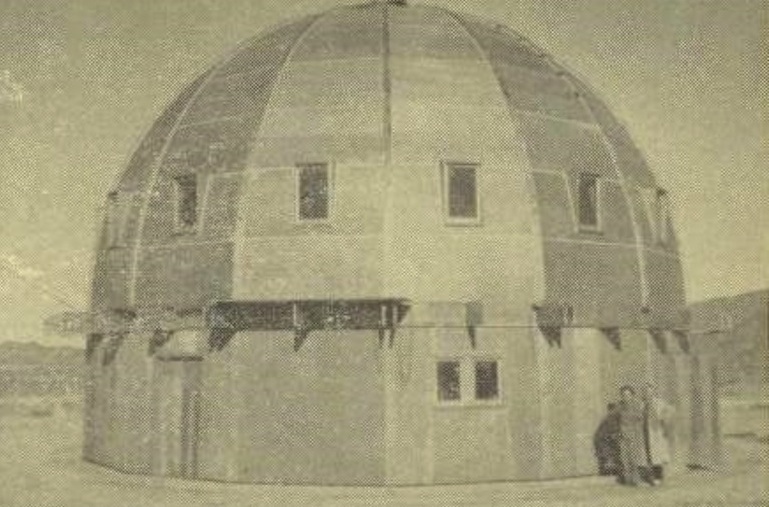 BELOW LEFT: a short wave radio antenna put ufp for the the  GIANT-ROCK-UFO-CONTACT  show?

BELOW RIGHT: Taking a break from patrol duty, the Giant Rock UFO CONTACT events in the beginning were mild events, later on in the 1970s fights did break out amongst the crowd. More that likely due to the crowd components of that decade, the fights were the result of drugs and booze.

ABOVE & BELOW: People came to learn, unfortunately there is not much audio or film that has been found concerning these annual GIANT ROCK UFO CONTACT happenings. 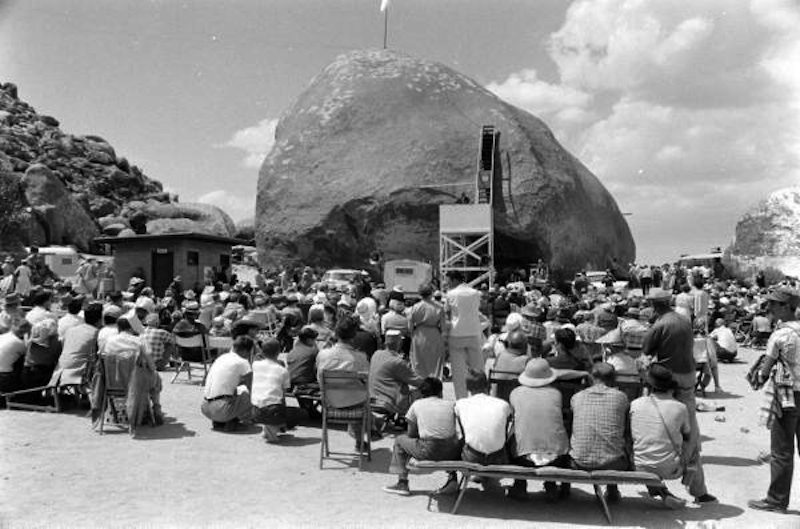 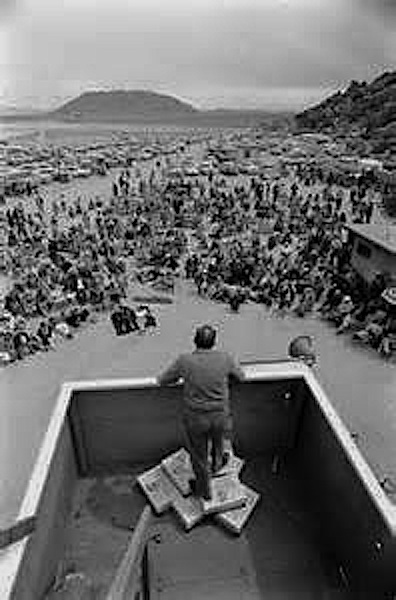 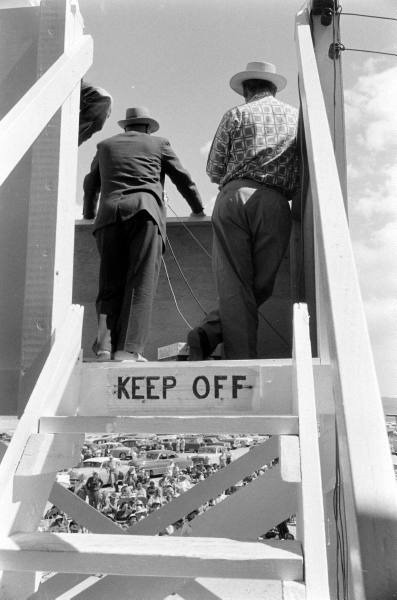 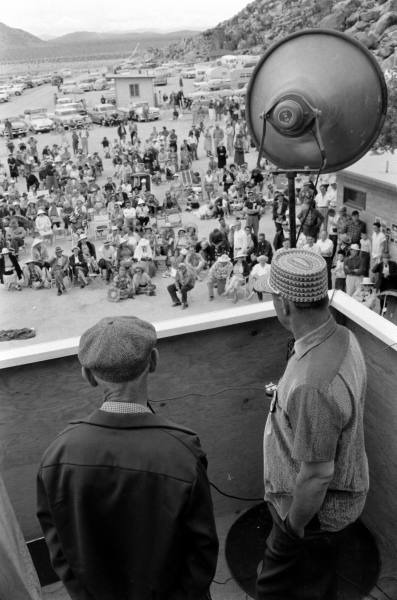 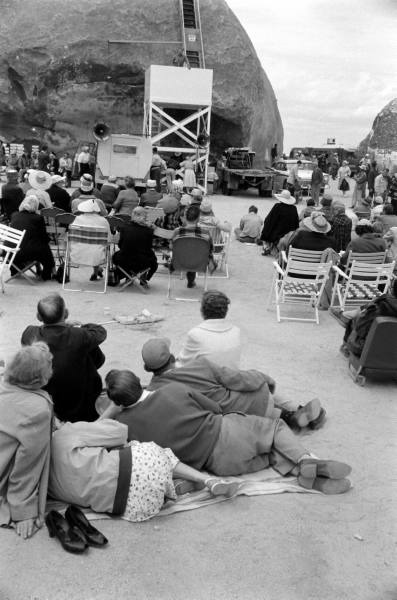 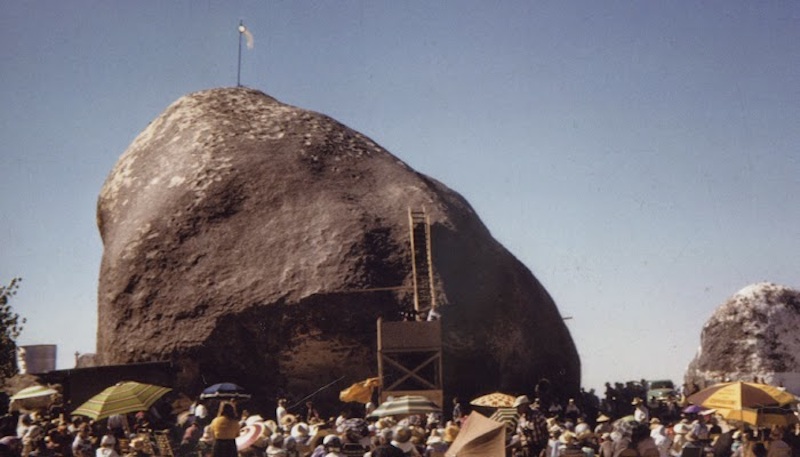 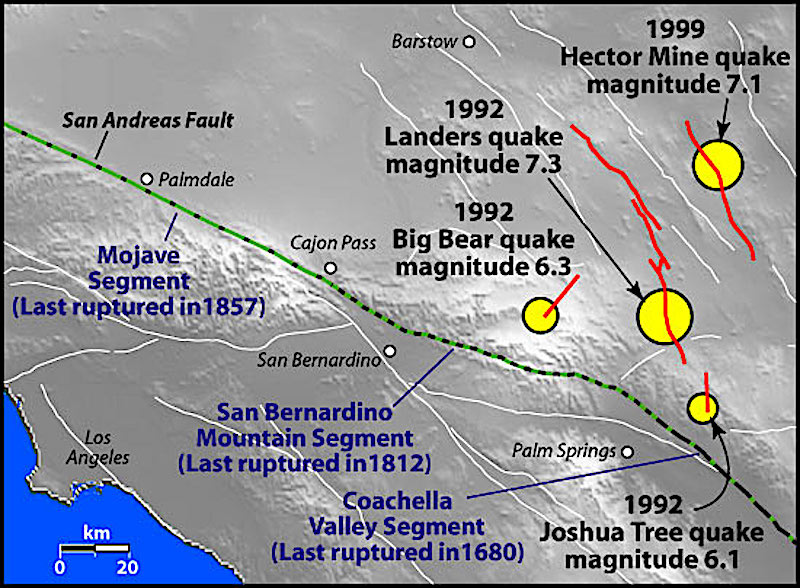