TOURISM-SANTA-FE-GHOST-TOUR --- solo --- family -- group -- business seminar --- ALLAN PACHECO will lead your tour.  HE is also available as key note speaker -- be it paranormal or history.

On your tour you do visit -- or pass by or through areas where Paranormal activity has been documented. Be it centuries ago or contemporary times.  BRING YOUR CAMERA & GHOSTOMETER --- YOU NEVER CAN TELL! 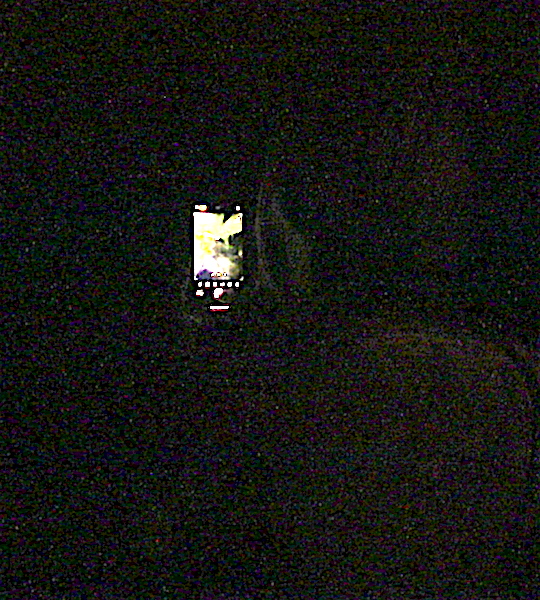 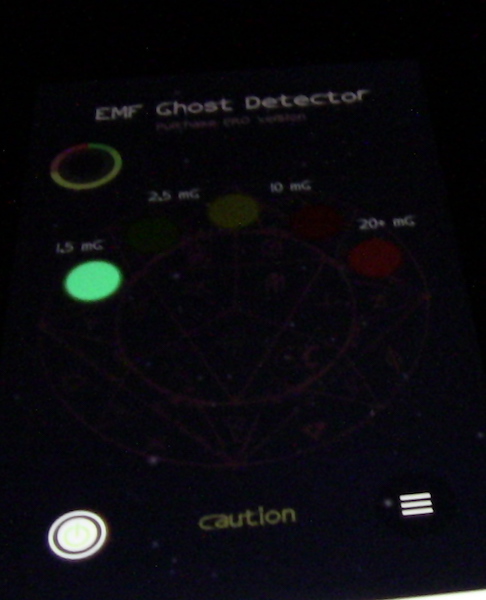 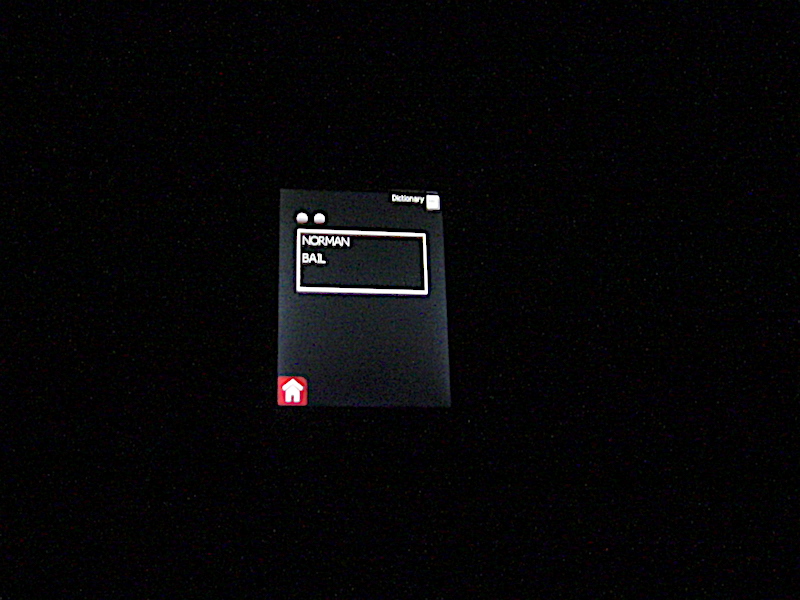 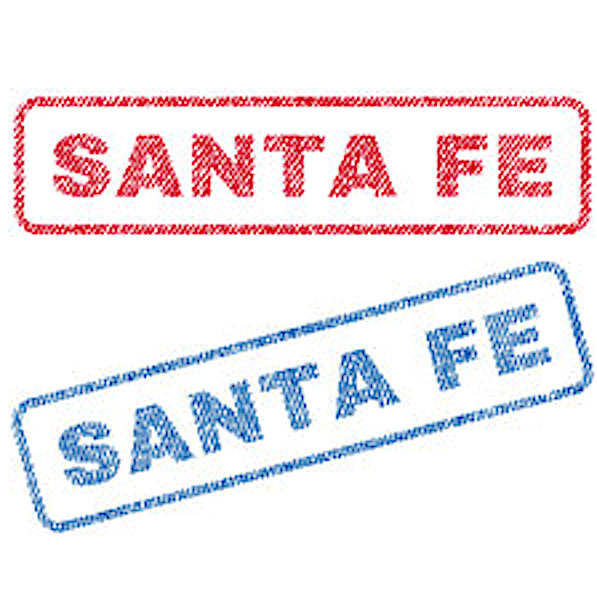 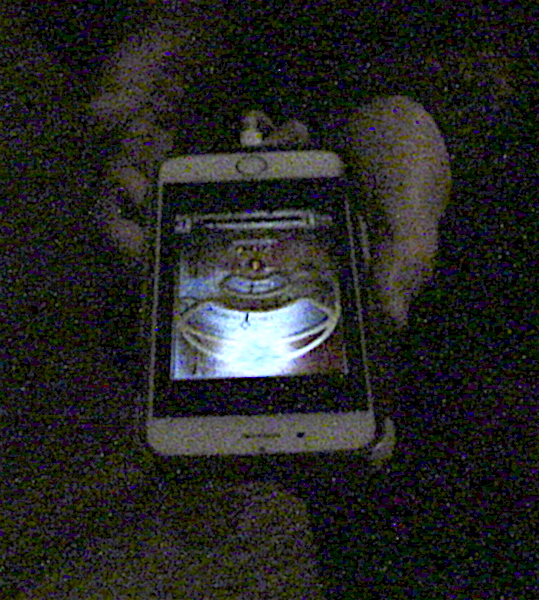 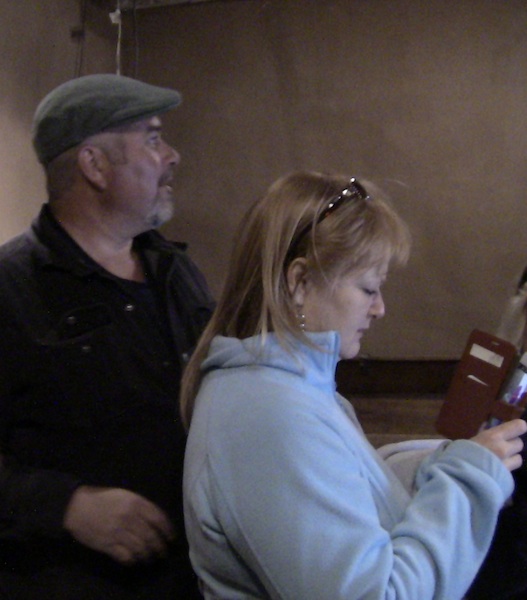 TOURISM-SANTA-FE-GHOST-TOUR --- ABOVE -- DAY TIME ghost tour -- inside the haunted OLDEST HOUSE in the USA.  SOMETHING WAS there --an energy --- bring camera! Below: NIGHT GHOST TOUR -- outside the sometimes active with paranormal globular -- bursts of power -- shades.
People from all over the USA have taken Allan Pacheco's paranormal tours 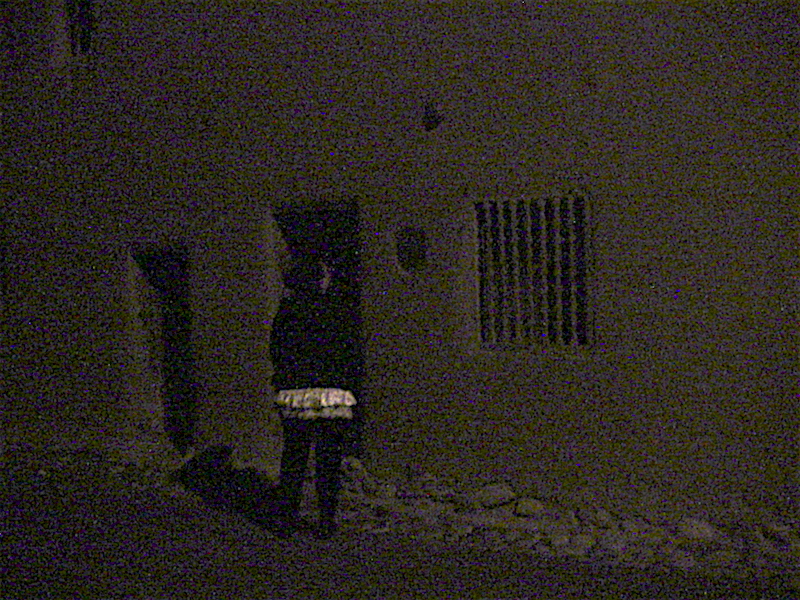 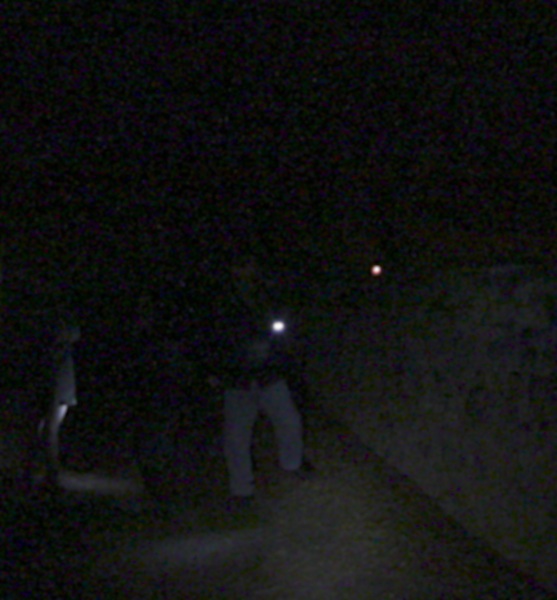 things have been registered on ghost boxes        ( ENERGIES ) --- and in some places a presence has been felt.

these two types of happenings are rare -- but at some places people have had a feeling like they are slightly being choked or have become dizzy...

On the rarest of occasions people or person -- has or have been pushed -- and it was not a human who did the deed! 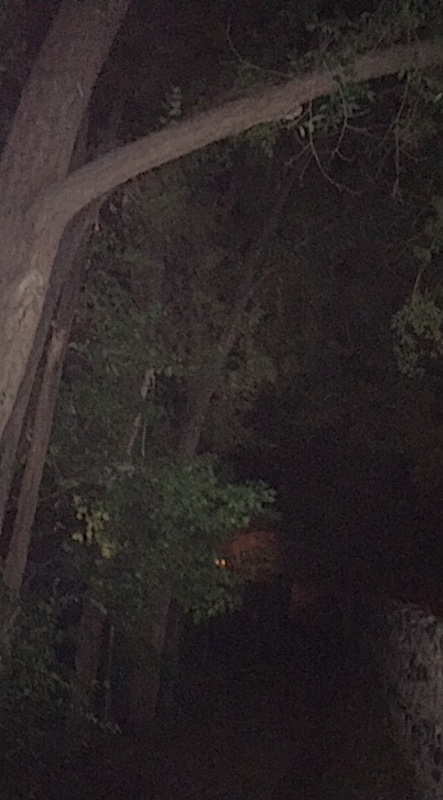 Above -- what is that --- FALSE ALARM? A barn owl or raccoon, looking at the tour group?  Some type of reflection by way of the light or flash light? OR is it, the MONSTER OF YUCCA FLATS? THE BEAST OF YUCCA FLATS? No, it is not!  Below -- one of the world's greatest pro wrastlers/actors, the late TOR JOHNSON -- playing the creature de YUCCA FLATS.  You got to see TOR's  films, they were done on a shoestring budget, but they do have imagination!  In the BEAST movie, poor TOR gets stranded in the desert, he wanders into an Atomic Bomb Test site, the weapon goes of. Tor turns into the monster.  That is the wya I remember it  a zillion years ago? 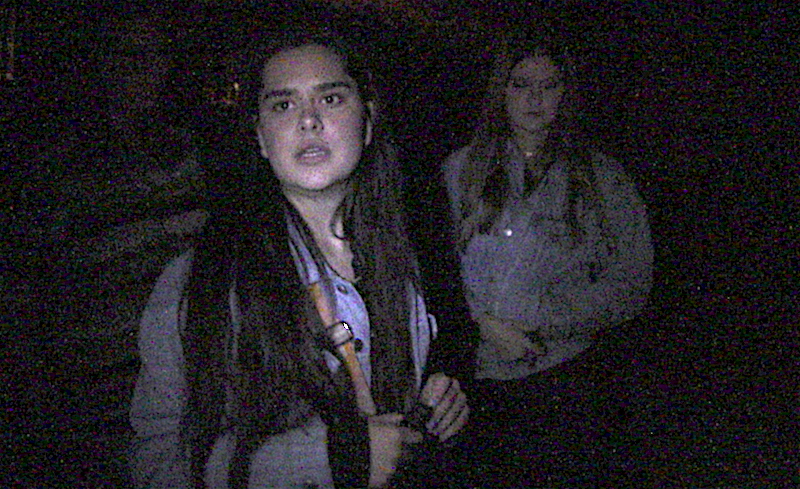 ABOVE: The lady above had a paranormal experience  on tour -- she felt as if something was around her.   This area where she is at, has many slang names --- SPOOK LANE, SHADES OF DEATH LANE, LA LLORONA PATHS, etc.

BELOW:  ON another tour -- there was movement on a dark path in front and to the right of the group, then an older voice was heard, "HELLO."  The lady on the far right, a wonderful person, let out a scream. The elderly man was now Cleary seen  by the group and he was nice to  the gang. On tours -- sometimes normal encounters on a dark night can scare a person.  AS for the scream, it was a prize winner!  This was a fun tour, everybody had a wonderful tie and a scary no ghost -- moment. 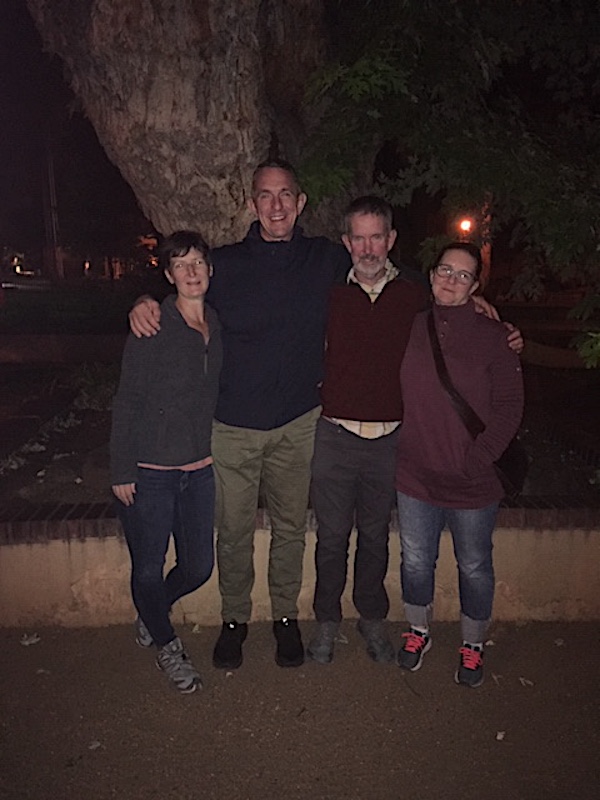 BELOW --- These ladies from NEW JERSEY had all kinds of contact with a spirit or spirits on one of AL PACHECO's tours. Down a haunted lane --a couple the ladies were shoved by some type of energy.   After that, their camera went wonky.   TOURISM-SANTA-FE-GHOST-TOUR    505-986 -5002. Sometimes there is no contact at allow the safari,  and other times --- a metaphysical tripe wire is hit.  ATTACK GHOSTS -- OR A GHOST ATTACKS -- as in -- the power makes its presence known. 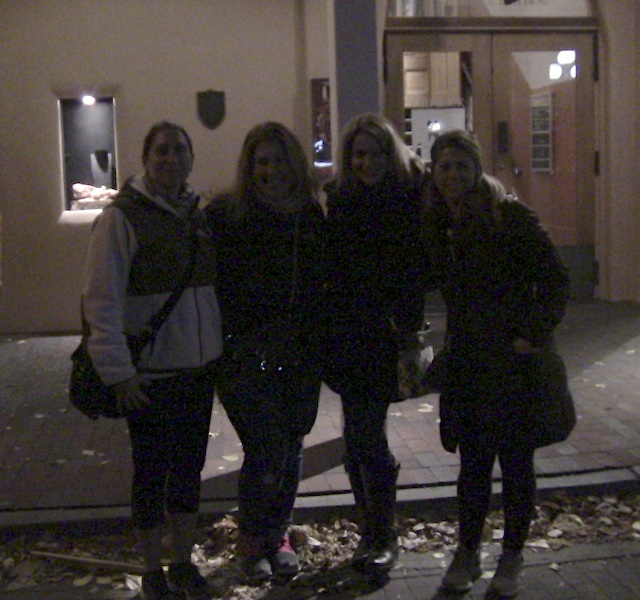 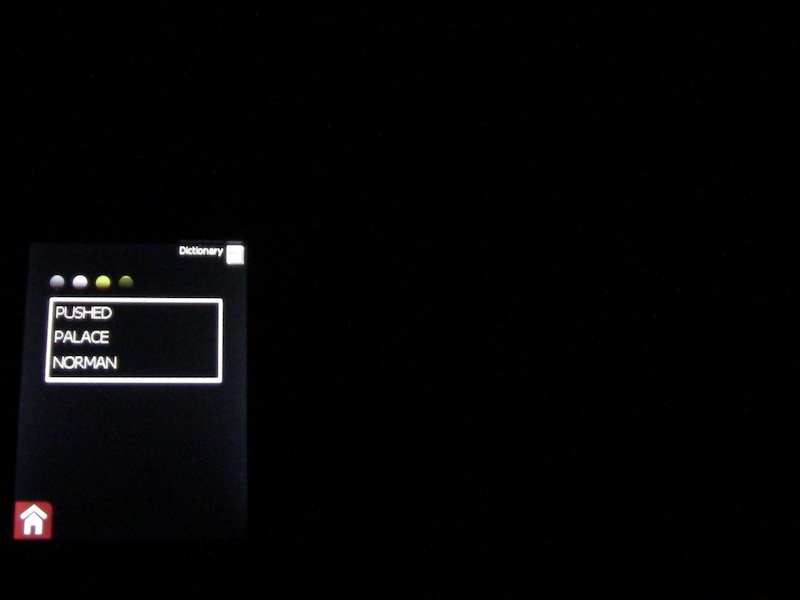 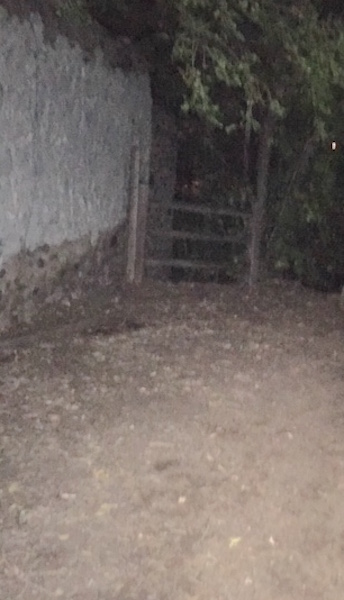 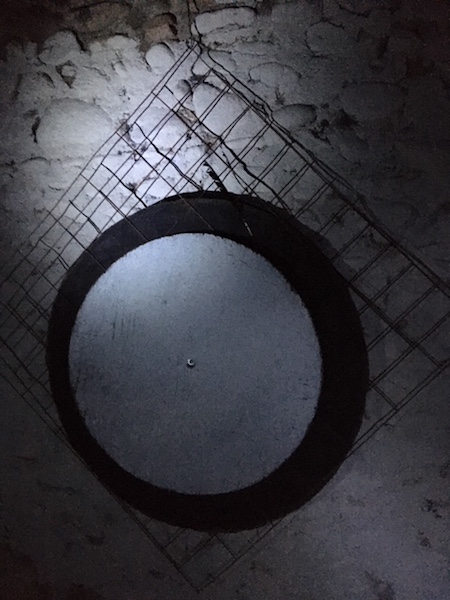 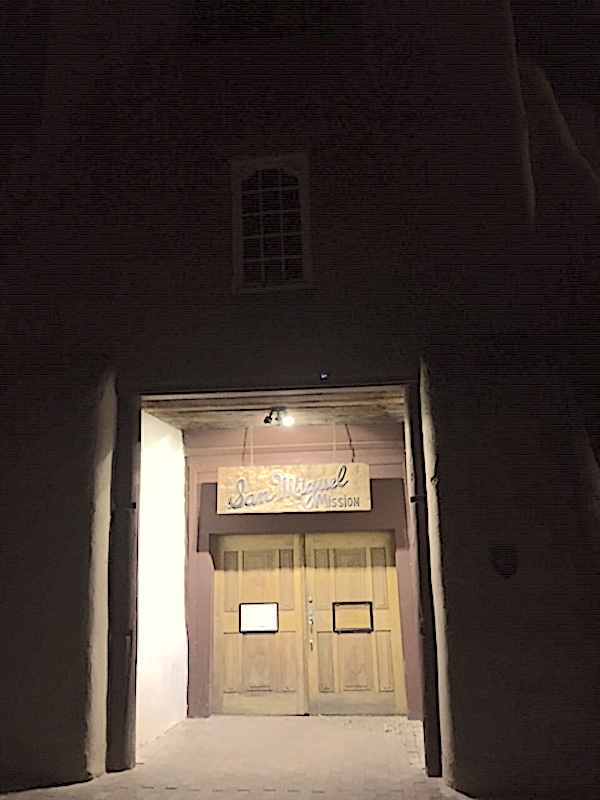 Above -- DISPUTED PICTURE --- skeptics will think -- trick of light --- shadow chasers will think -- something in front of the camera -- perhaps  a few things morphing together --- judge for yourself.  HOWEVER!  Through the centuries this locale has been reported to be a haunted tract. 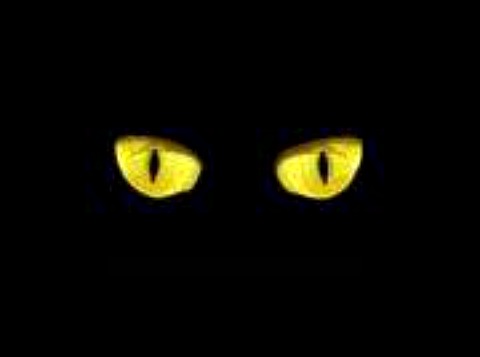 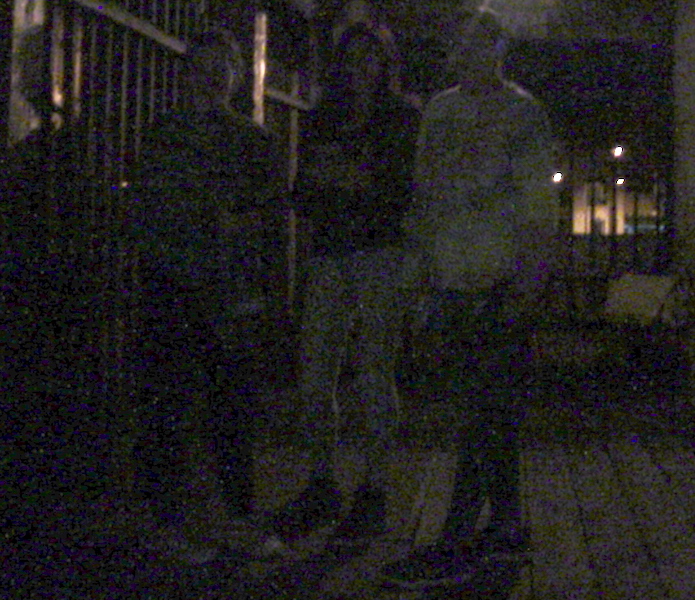 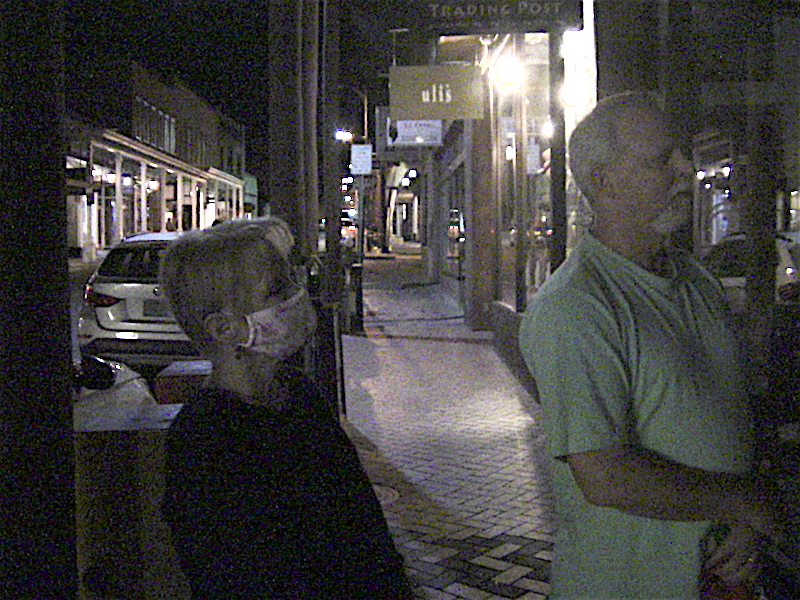 SANTA FE SPIRITS -- THE PAGE YOU CAME IN ON CLICK HERE