(UNSOLVED MYSTERY) THE PECOS TRIANGLE = INFO ON ANOTHER VANISHING & UPDATE ON THE EMMA TRESP INVESTIGATION.

On May 15, 1997, the truck of 19 year old Robert Amos Browning was found near Monastery Lake, which is close to the Benedictine Monastery in Pecos.  Browning, who was 5' 11" and weighed around 140 pounds, had been living out of his vehicle.  Inside his truck were his possession, pass port,  I.D., food, fishing equipment, sleeping bag, clothes and a small amount of money.  The police attested that there was no sign of foul play at where he had camped. Browning's location is roughly 6-8 miles as the crow flies from where Mel Nadel and Emma Tresp vanished.  No trace of Browning has ever turned up, like Emma and Mel, no clues were found as in clothes, body, or prints.  Did Browning meet up with a predator animal, did he go off into the wilds and suicide, was he murdered by some Pecos area serial killer? OR, was he taken by ? or did he step  through a dimensional gateway?  BELOW: The monastery, this area is not rugged it is criss crossed with paths and dirt roads. More info is on its way about this location and the missing. 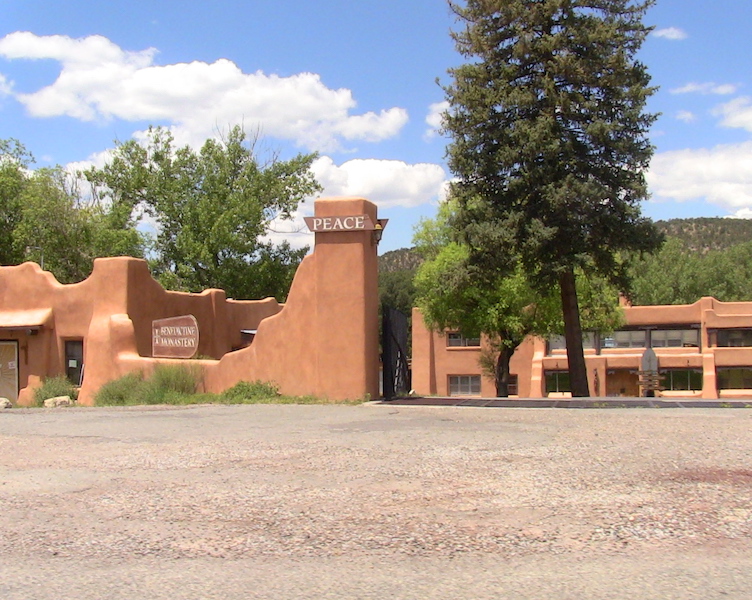 Below is a poor map of the Pecos area, once a better map is located, it will be posted.  The area is crisscrossed with roads, and trails.  Cabins and houses dot the quadrant.  On the map Monastery lake is located on the bottom 1/3 of the map.  that is where Robert Amos Browning vanished. Emma Tresp roughly disappeared above the bump on the black line in the bottom 1/3 of the map, a little beyond and above  in the area where NM 50 joins I25.  In the white area there are roads and below the map are some photos of the latest investigation. 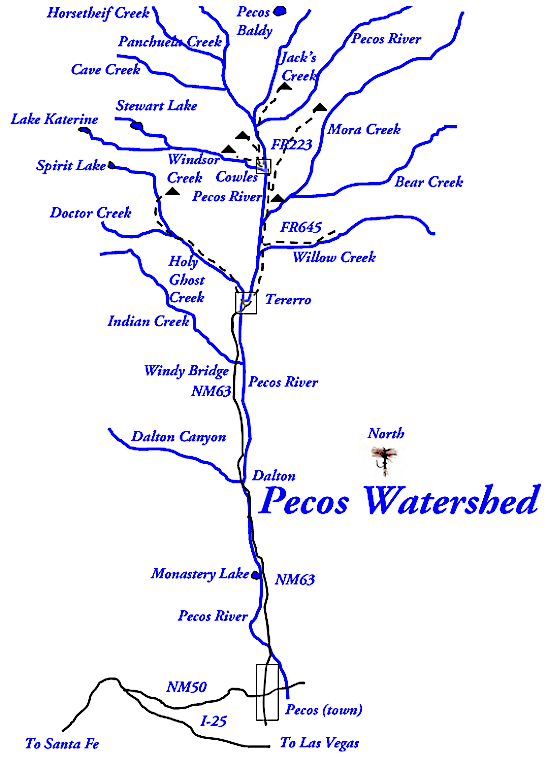 BELOW: Photos of another investigation concerning where Emma Tresp disappeared.  This fire pit had been used, compare it to the photos of the last investigation.  No VIRGIN RIVER CASINO matches in the pit but their was a spent casing.  Hmm, fire and bullets do not mix, the round or rounds were thrown in after the fire was out? 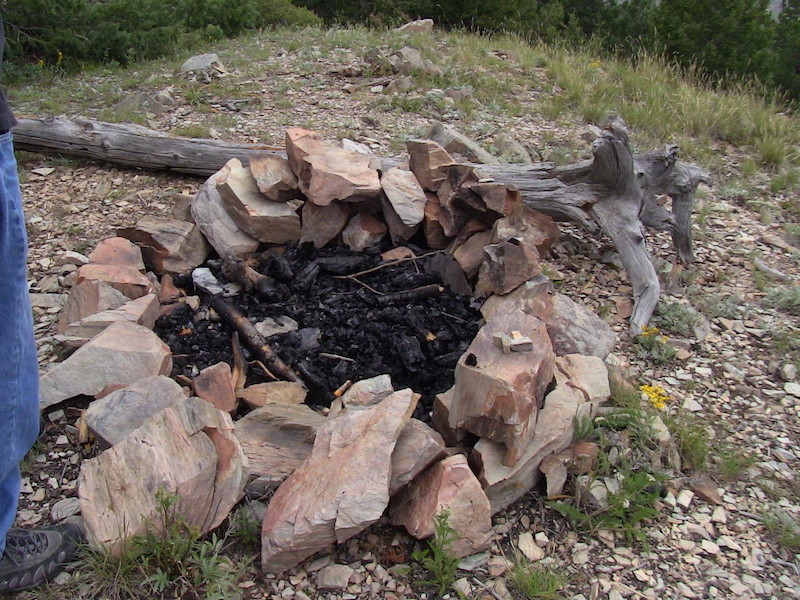 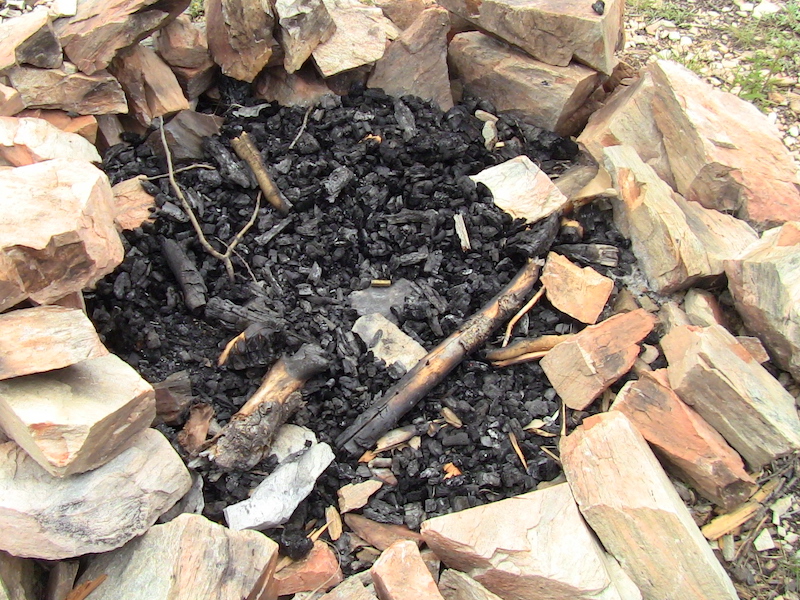 BELOW: From the campfire one can see a part of the Santa Fe metro area and also a section of the OLD SANTA FE TRAIL (not the main route), that runs near or by the areas of old abandoned Camp Stanley.  This campfire area is located at a good look out point. 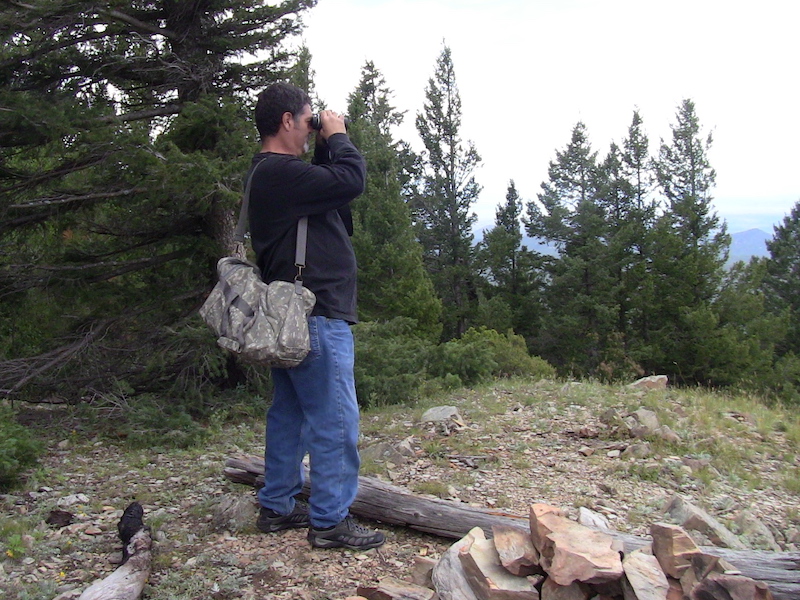 BELOW: Another view of  the campfire area, note how the fire pit has been built up from the previous investigation.  It took sometime and effort to construct this campfire, this location is up the road, a ways from where Emma Tresp vanished.  This is where, on one investigation -- the matches to the VIRGIN RIVER CASINO were found. As stated before on this investigation a spent casing was found in the the spent kindling-fire area. 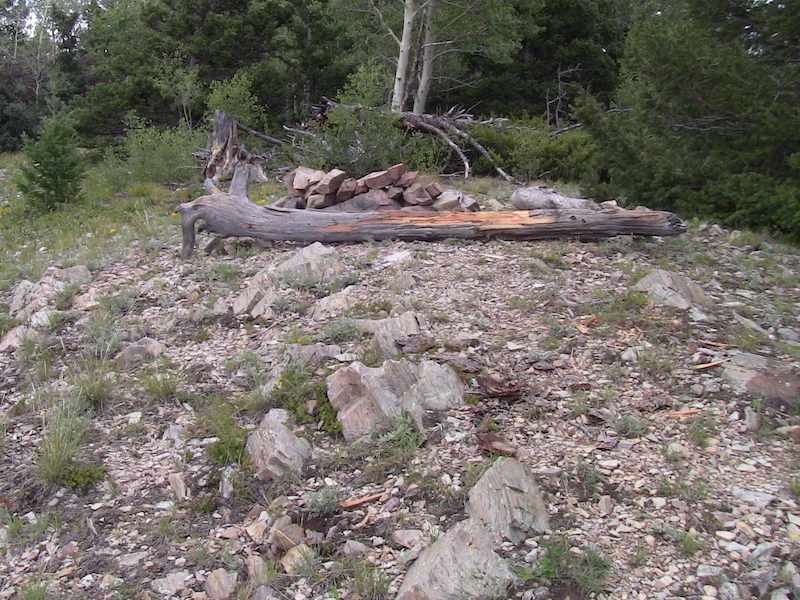 Further back from the fire pit area, on the latest investigation this was found.  There was not enough time to go and see where this cushion came from.   The time was to be spent where Emma vanished and the fire pit area. As best that could be determined, this cushion washed down a hill onto the road. How old is it, no idea, and why would a cushion be left behind or even brought  into the area.  This cushion was on the dirt road that Emma disappeared on. 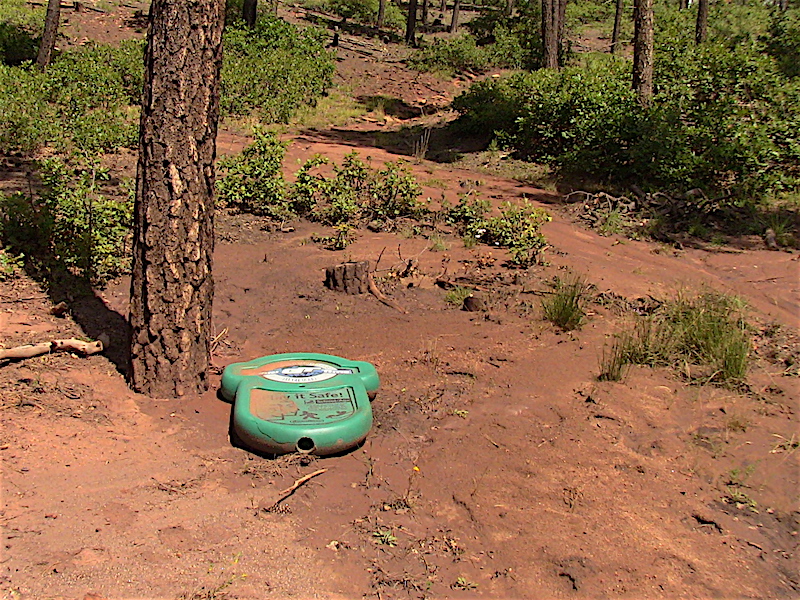 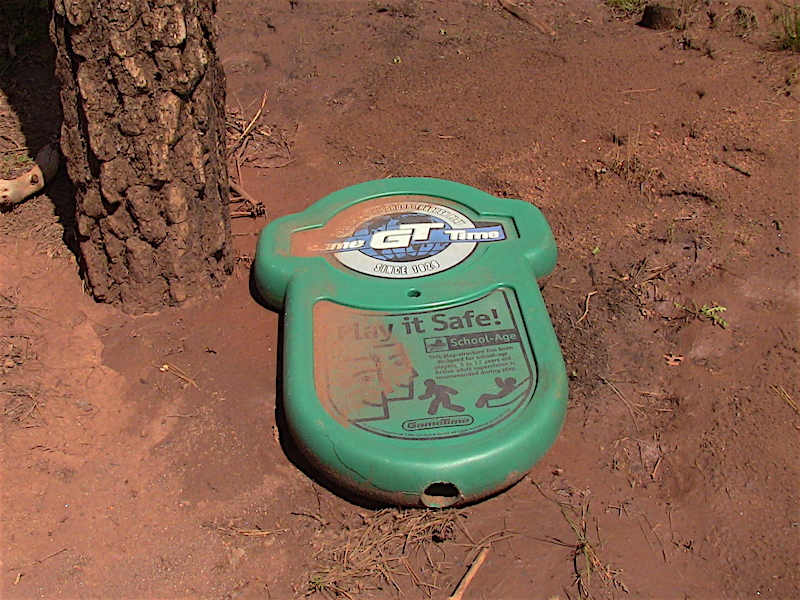 The vanishings of the past and present are filled with facts that do not make sense.   No clothing or bones have been found of those that disappeared. It seems, Mel, Emma, Amos, have vanished into thin air. 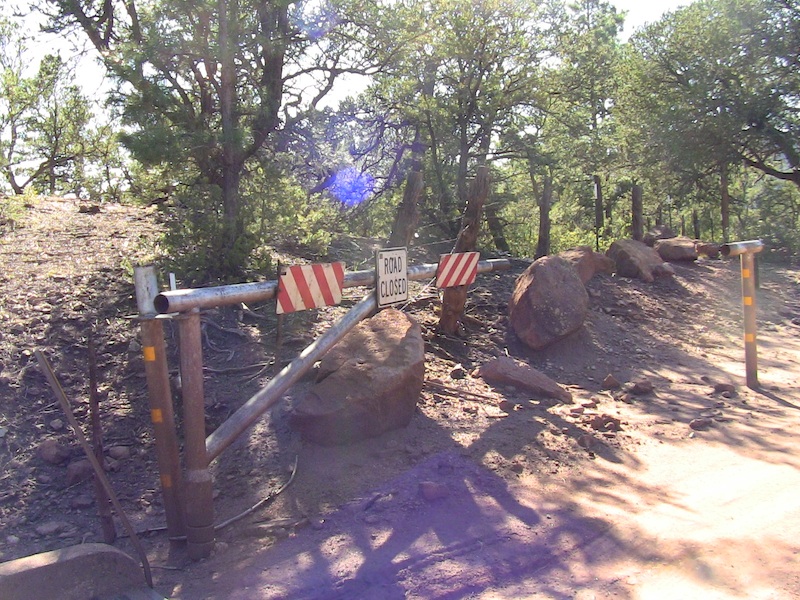 Beyond the above gate, and the below sign,the road smooths out and you pass by houses, fences, you are on your way to the road that will lead to the town of Pecos. If you pass the gate and the green sign then you are on the road where Emma vanished. 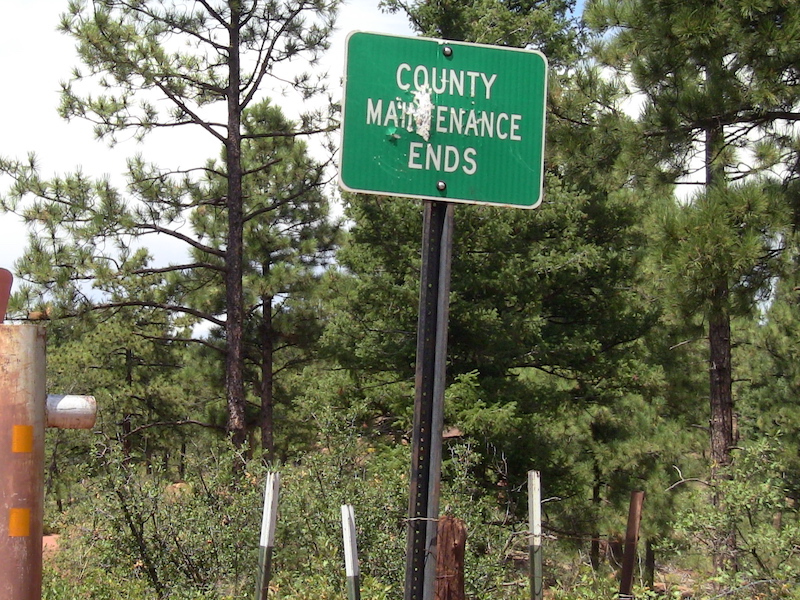 Below: headed back from the green sign and gate --- this is not that far a walk from where Emma vanished.  All the vanished were in walking distance --- from help, shelter, food and water. 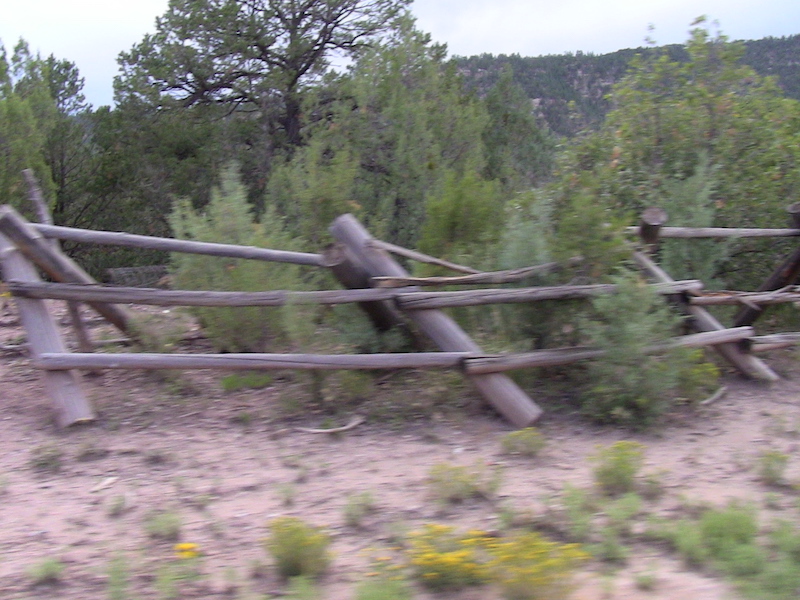 If Emma had continued on in the other direction, she would have gotten to the end of the road and trails that lead to this BAPTIST RETREAT CENTER... Again the area is crisscrossed with trails, and that road is I25 which used to be RT.66. Below: one can clearly see Interstate 25 and note the trail going down towards -- civilization ---... This makes the vanishings that much more curious.  This is not the LAOTIAN JUNGLE! 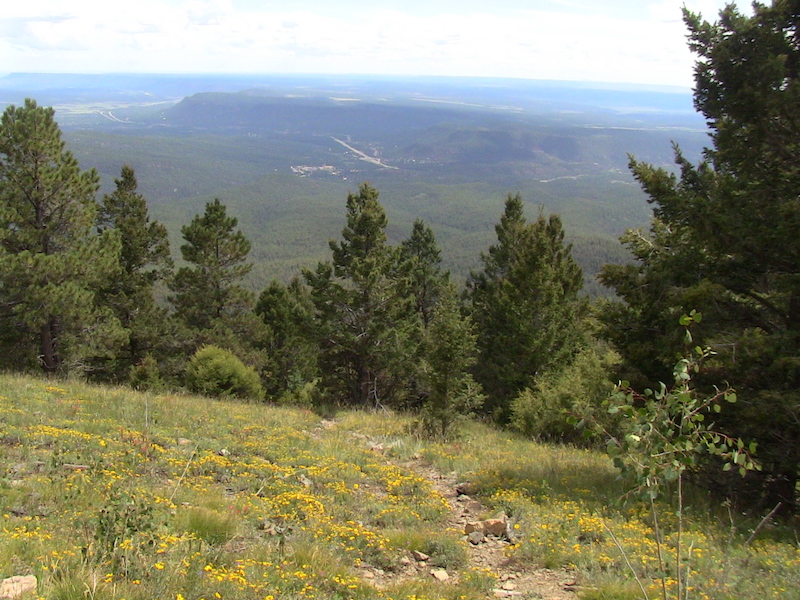 BELOW: ON the way back towards the gate --- again flanking the road is another road --- repeating --- the area is not the MEKONG JUNGLE, the area is crossed with trails and roads, how Emma, and others  have not been found is beyond belief. 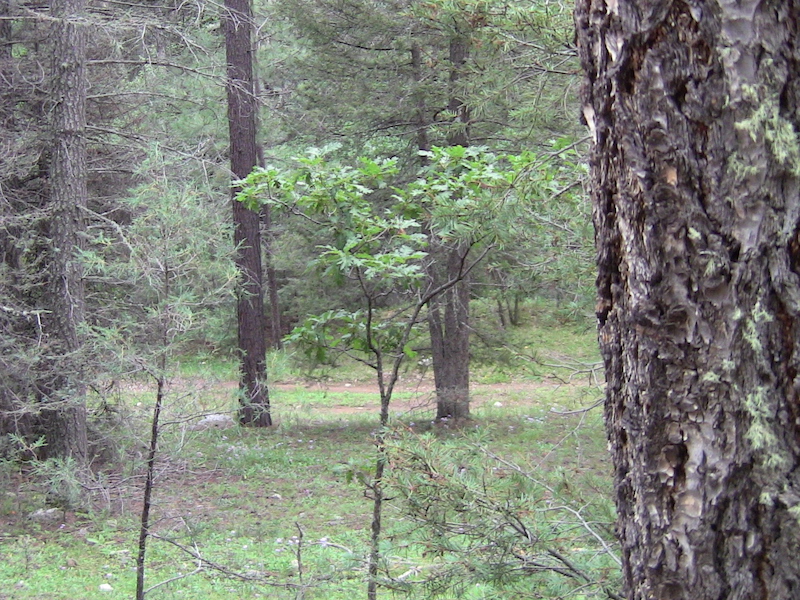 Another oddity, where Emma disappeared from, the TRIFIELD METER SCREAMED, the GIEGER COUNTER kept moving between  (mainly) 75-125 PULSES PER MINUTE and the dowsing rods kept crossing.  What could cause that?  When searching in the pesos Triangle -- Instruments either go dormant or register something ... What causes them to go dead on one investigation and then pick something up on the next -- unknown. 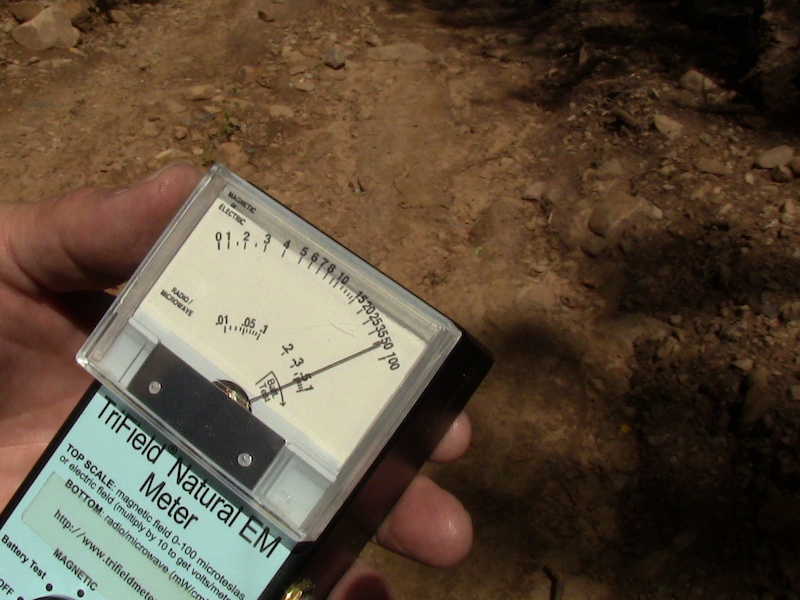 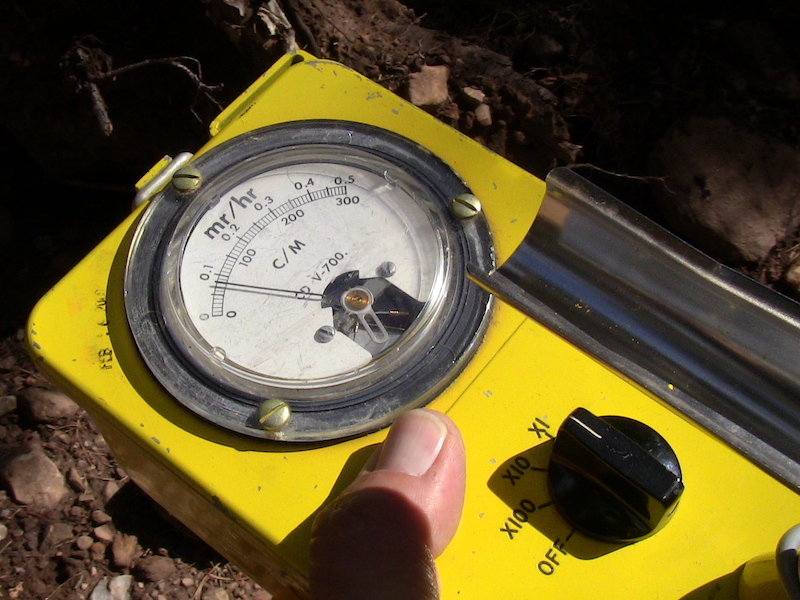 EMMA TRESP INVESTIGATION PAGE / NOTE THE FIRE PIT PICTURES ON THIS AND THE OTHER PAGE...