LA-LLORONA-PATH --- BLAIR WITCH PATH -- SPOOKLANE --- SHADES OF DEATH PATH -- WITCH GLADES -- the nicknames are many for this SANTA FE lane.  The photos on this page and similar pages --- show you what was found on this unknown to many -- trail.

At time this place is haunted, all kinds of paranormal activity has been registered on devices and the locale is linked to some fatal tragedies or events attached  to gruesome events.

Does LA LLORONA (DEADLY PHANTOM) travel this pathway -- according to some she has.  These tales of this traveling ghost go back through the centuries.

However, and this is fact, a number of homeless people through the decades have made this area their home, they live in the shrub areas that border the river channel or under bridges in the tract. Some of these poor souls have mental problems and when they are coming off or on a high, be it alcohol or drugs they do bellow and sometimes they become very violent.  In other words, many LA LLORANA accounts from this location are bogus, the noise and moans are from addicts or mentally ill transients.

HOWEVER--- HOWEVER --- this place does have paranormal activity, the metaphysical forces or force have or has made itself known  -- when this happens --- the result is contact.

Ghostometers give off readings, photographs have been taken with  orbs / shades / beams, and in extreme cases people have gotten chicken flesh or have been pushed.  That reads -- hard to believe... but these things have occurred.

Is it LA LLORONA, is this the forces that is causing these bizarre incidents? According to some it is, but it highly likely it is another energy or energies that are at the root of the phenomena, as in the force that does on occasion drop anchor up and down this lane.

The following pictures are of objects found on the path and surrounding areas -- they do look rather sinister.  Yes through the decades,  at times occultists have left their invoking evidence in this area.

You can see by these snapshots why the area is linked to the film THE BLAIR WITCH by way of the thaaaangs that have been found on and off this secret lane.

So does LA LLORONA visit the area -- this area does have a history of oddities or happenings that cannot be explained.  Some incidents could be chalked up to LA LLORONA, but there are also other forces at work  here. 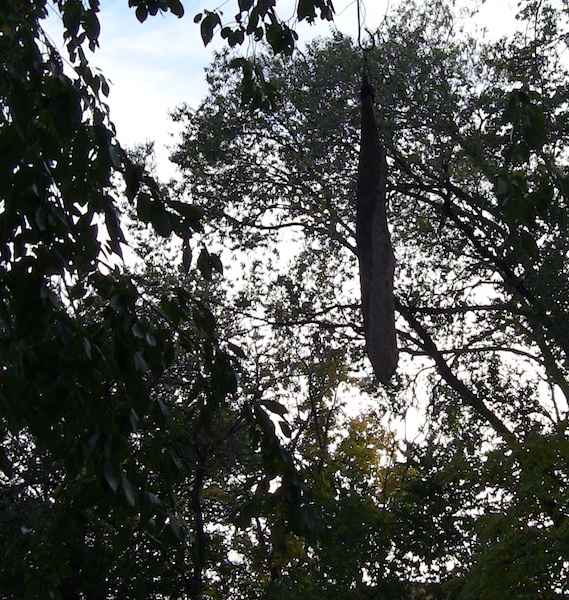 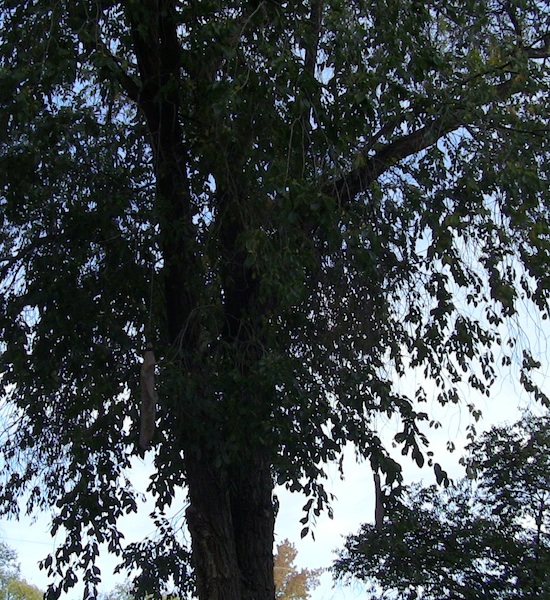 Note how high this odd stones are, who is going to climb up there and set them  in place?  Again, is this art by way of some person with strange tastes? Or are the weird beards correct, this is OCCULT art, symbols for bad MOJO? Below; LA-LLORNA-PATH or whatever one wants to call it, this design or object is dangling from a tree limb. 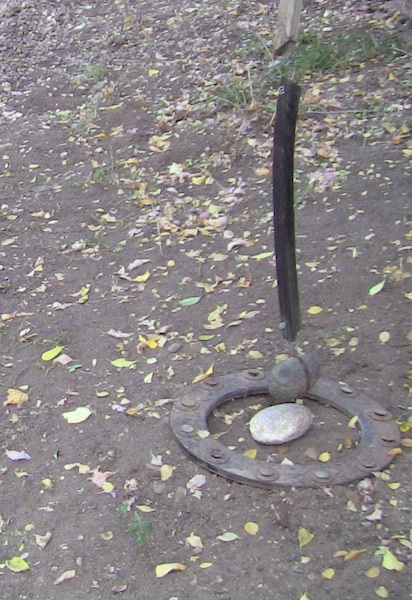 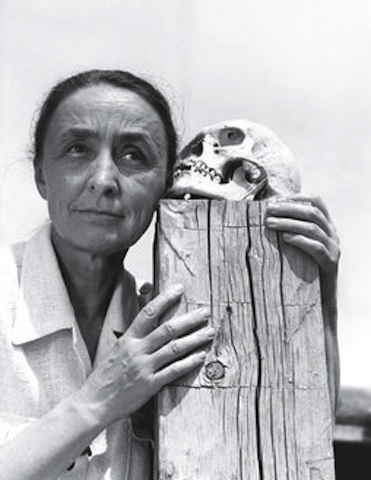 ABOVE: The way out there (late) artist GEORGIA O'KEEFE (her museum is in Santa Fe) would have liked the kind of MOJO or invoking art that is found in this part of Santa Fe, ) LA-LLORONA-PATH  --  BLAIR WTICH PATH -- CREEPY GLADES, etc) . LOOK at the phone above, I wager that is a real skull. Georgia O'Keefe had no limits in her professional or personal life. Below: Kind of witchy snapshot -- Georgia atop her house, BRUJA-pose. 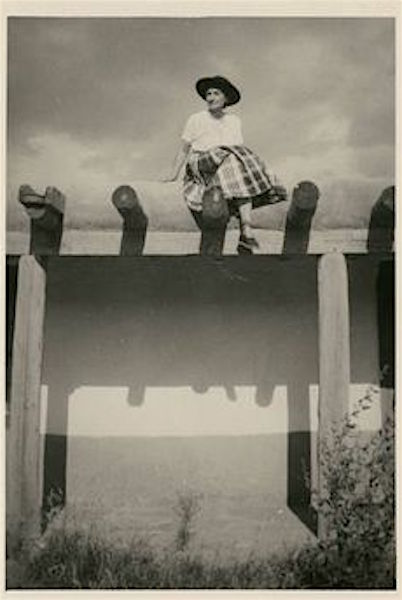 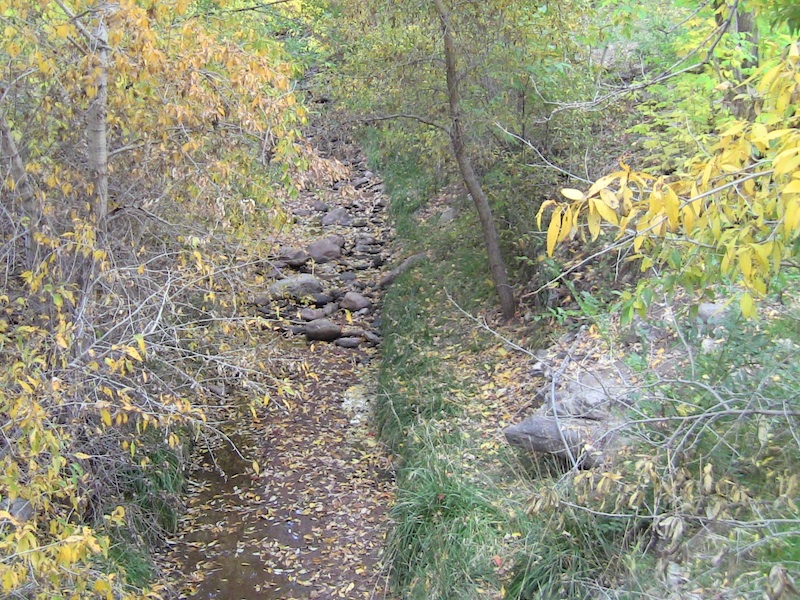 There is a stream that is very close to this BLAIR WTICH SANTA FE glades. According to some ghost  hunters, LA LLORONA travels this riverbed. Others think the bad mojo of the water or stagnant water areas, gives power to the bad thaangs that haunt the thickets and also give negative juice to the occult art or symbols.  HMMM? LA-LLORONA-PATH --- SHADE OF DEATH LANE --- BLAIR WITH TRAIL --- whatever you want to label it, the area is linked to some terrible incidents -- compounding things -- the locale does at times attract some devious-evil energy that can drain your batteries or have your camera malfunction. 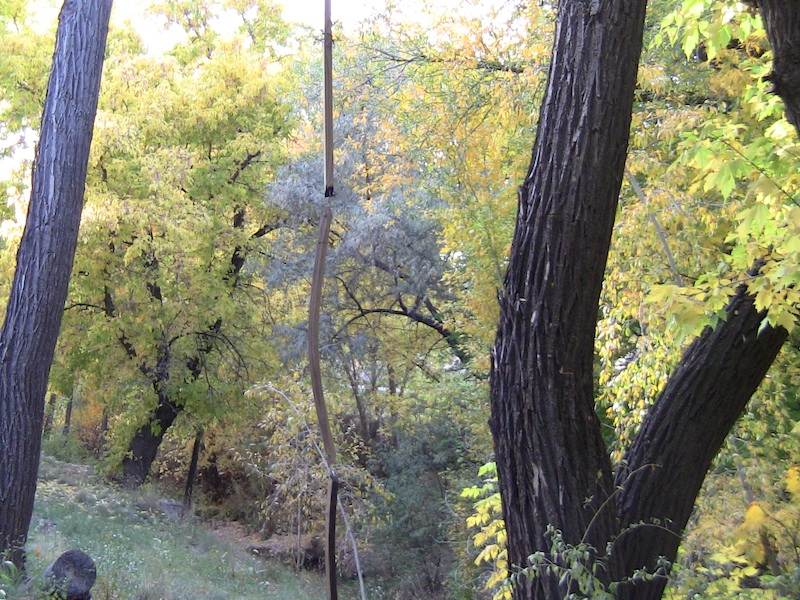 Strange stuff is found in the Blair Witch Santa Fe Glade --- a.k.a LA-LLORONA-PATH 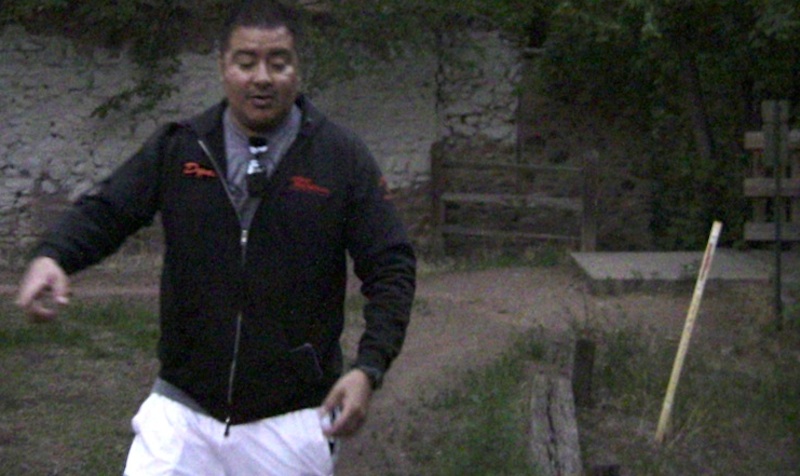 ABOVE: At dusk, before we go down the Blair Witch Santa Fe path, Mosses points to some occult design or witch art. BELOW: Some thaaaangs placed in the trees---on this eeeeeeeerie path. 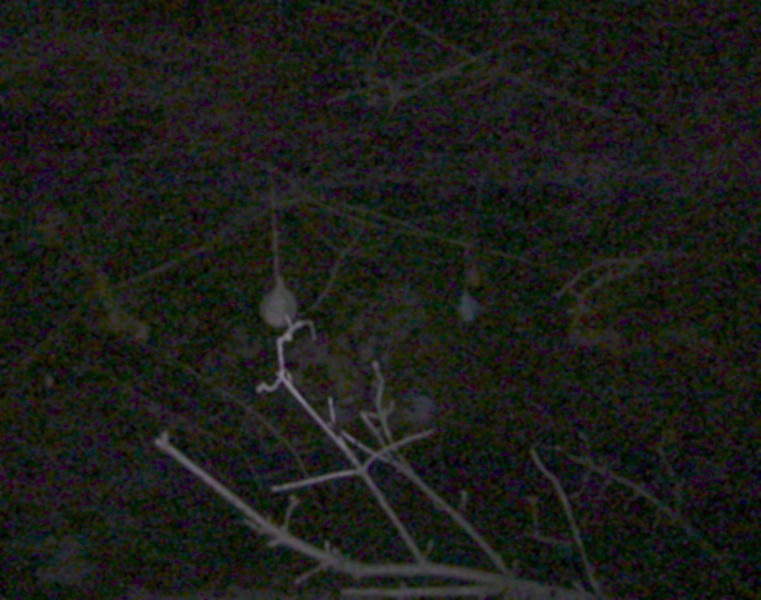 The Blair Witch Path call it what you want  (CREEPY LANE -- LA-LLORONA-PATH  ---  HAUNTED PATH) along with Spook Lane is linked to some witchy or scary stories. 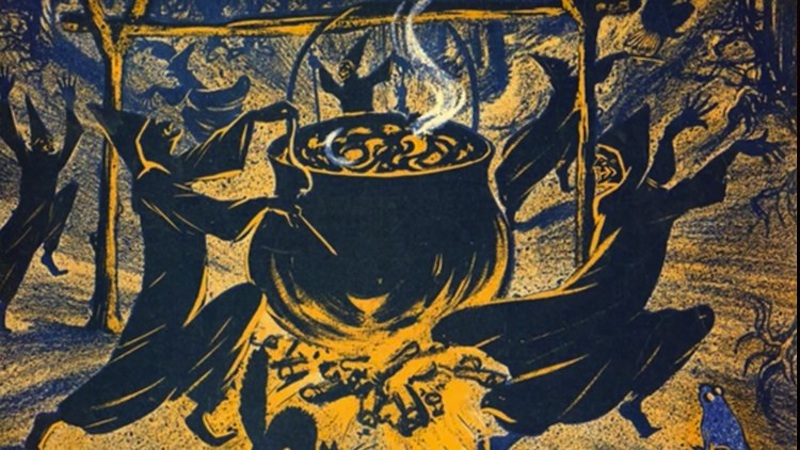 Below: On tour, one person looks back to the Blair Witch Santa Fe area, something was there... 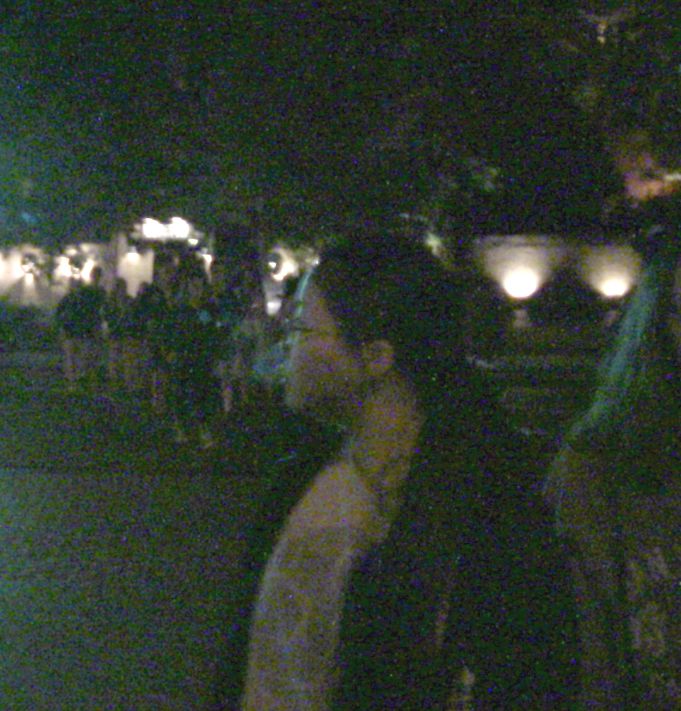 AT DUSK: Looking back toward the BLAIR WITCH SANTA FE area, that intersects Spook Lane or the LA-LLORNA-PATH. This lady on my tour got the bad mojo vibe! 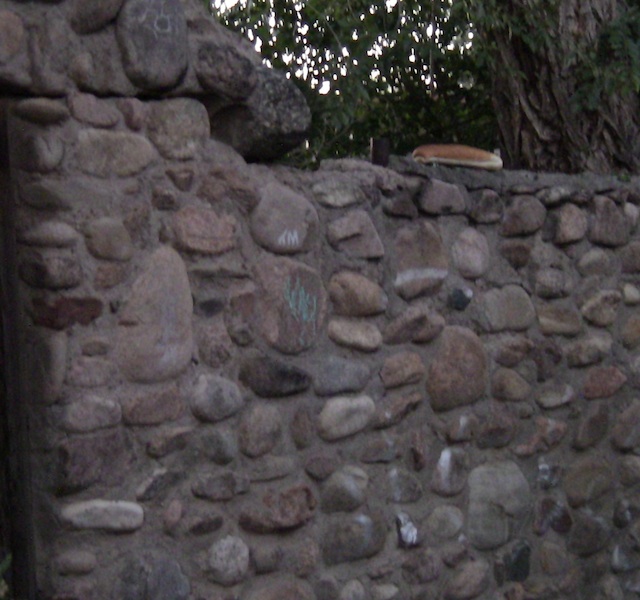 A strange area, on SPOOK LANE which connects to THE BLAIR WITCH PATH or WITCH LANE, loaves of bread were put up on the centuries old wall. Logic says, the bread was left for animals, the paranormalists think it is an offering or invoking. TRUE OR FALSE -- the  bread was placed on the wall, on specific witching days. Hmm? One thing is certain the place can be creepy and at times there is paranormal activity in this tract that dates back to the days of the Conquistadors. 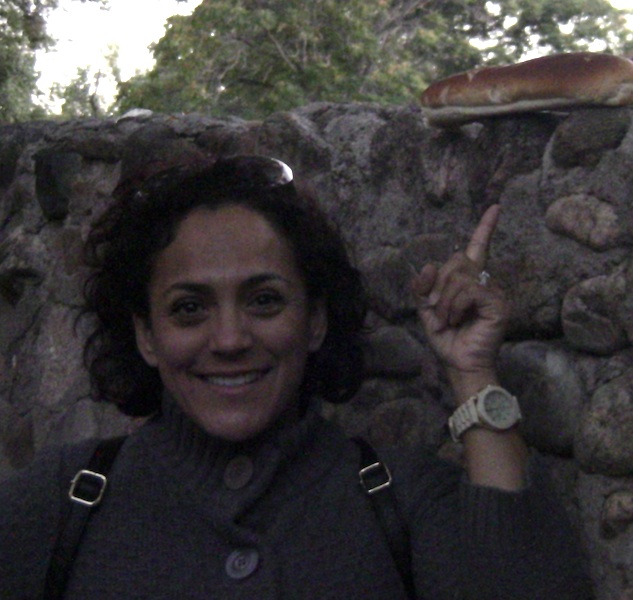 Skeptics think there nothing to the bread on the wall, however, other odd things are found on these paths.  This gives fuel to the idea that some paranormalists have -- food  offering -  for invoking.    The DANCE OF THE SKELETONS, below? Nooooo.  However strange things have been registered on ghost meters on this  tract and on rare occasions at night people have been pushed or felt a choking sensation. 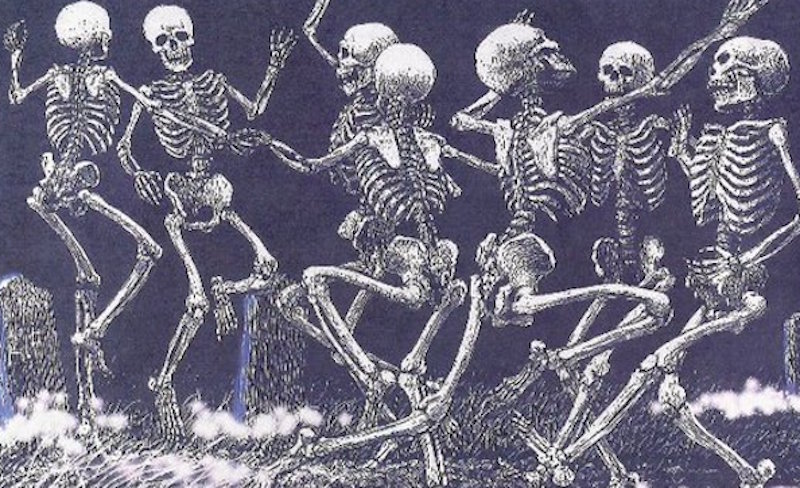 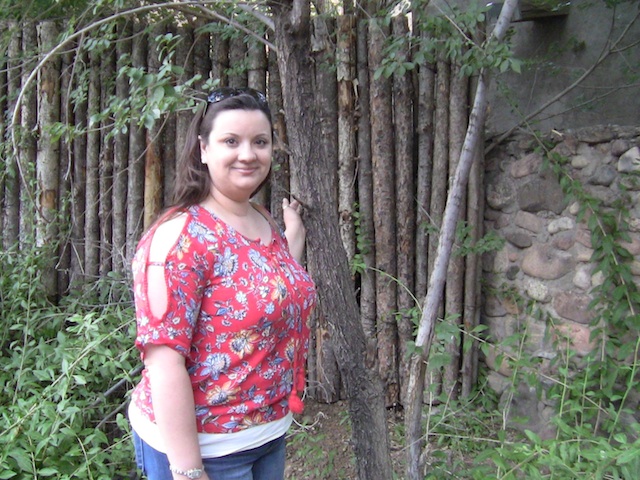 The above lady on ALLAN's tour got a bad or strange feeling at this part of the lane, then later on -- the following-- below--- on a off shoot lane--- some strange stuff... The Weird Beards surmised that his lady on the tour felt some type of activity had happened here, and later on with the below photo she was proven to be right as in BAAAD MOJO is in the locale or sacrilegious stuff. .  Well it is creeeeeepy art or occult art, or worse, it is demeaning symbol? 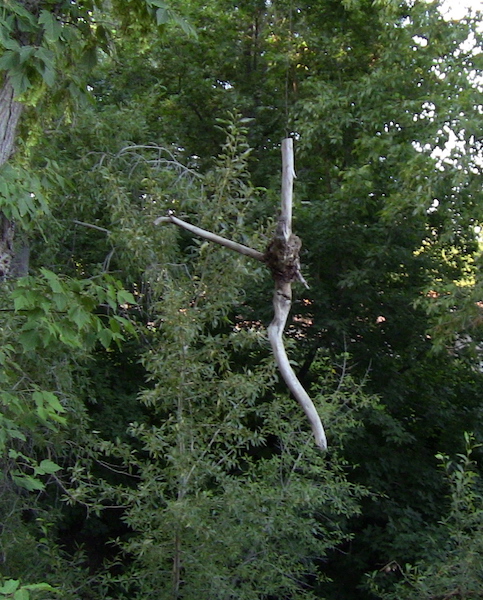 Above: Is this a coincidence or did the maker of the Santa Fe thaaangs mimic the BLAIR WITCH MOVIE?  This area through the centuries has been tied into all kinds of paranormal lore and facts. That is why so many generations have given it nicknames tied to horror  -- SPOOK PATH -- GLADES OF DEATH --- LA-LLORONA-PATH -- THE CREEPY LANE, etc.. 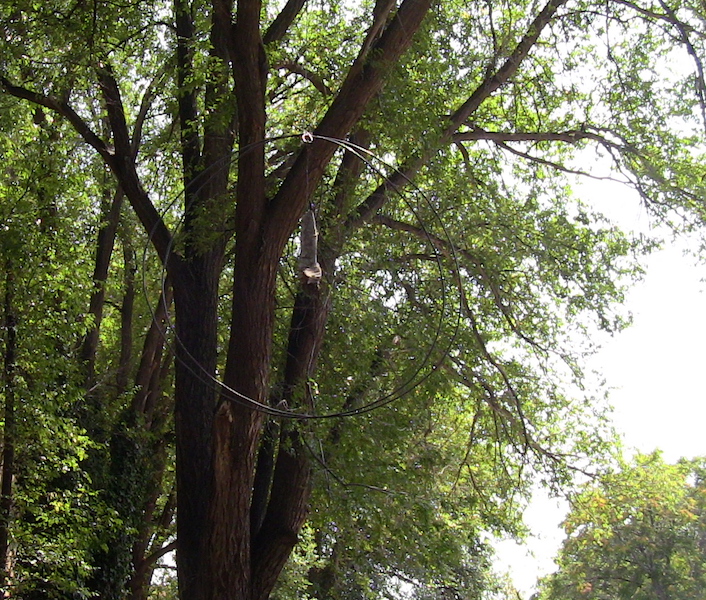 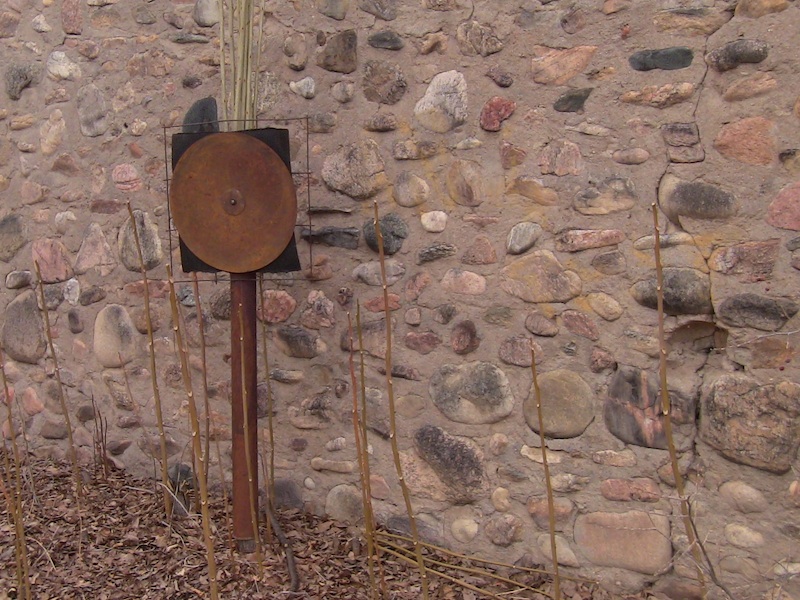 ABOVE: ANOTHER TIME OF THE YEAR, NO IDEA WHAT THIS MEANS--Somebody staked out these large twigs around this oblong thaang.

Below: AFTER Dusk Tour, going down Blair Witch Path, HEAT CAMERA on tour -- THE IDEA WAS TO register ---  paranormal activity.  ALL KINDS OF paranormal is linked to this area -- yes --according to lore & MYTH -- IT IS  the territory of the DITCH WITCH.

For something different -- UFO MAYHEM -- CATTLE MUTILATION --- FOO FIGHTERS -- They are here! 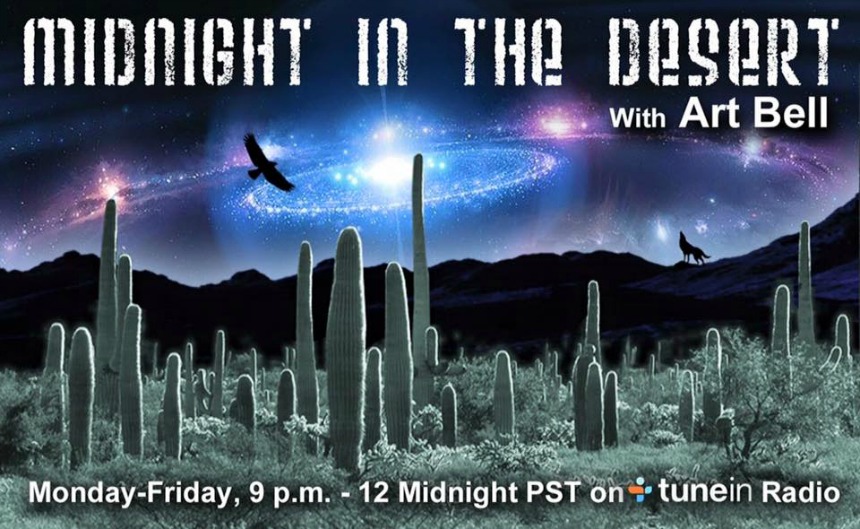 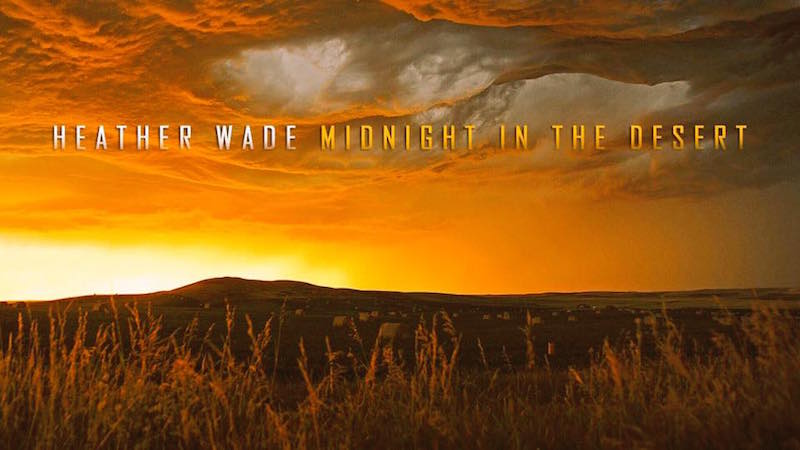